Sustainability has been a live topic for start-up founders of all ages since long before “Fridays for Future”. We introduce five start-ups who are looking to use their innovations to make our daily lives more environmentally friendly.

While milk consumption has been declining for years, alternatives made from soya, rice, almonds and oats are becoming increasingly popular – and not just among vegans or people with lactose intolerance. And the trend for plant drinks also has benefits for the environment: according to consumer organisation Stiftung Warentest, making oat beverages generates 70 per cent less CO2 than getting real milk from cows. Where producing a litre of cow's milk requires 250 litres of water, the figure for oat drinks is just 3.4 litres. Until now, however, even organically produced oat drinks have been ferried long distances to the supermarket in Tetrapaks. Something that two start-ups from the Berlin area want to change. In its drive to promote biodiversity, Kornwerk is using old grain types from regional agriculture in its organic oat drinks. The vegetable alternative to milk is delivered in returnable bottles made of glass within a radius of 350 kilometres. 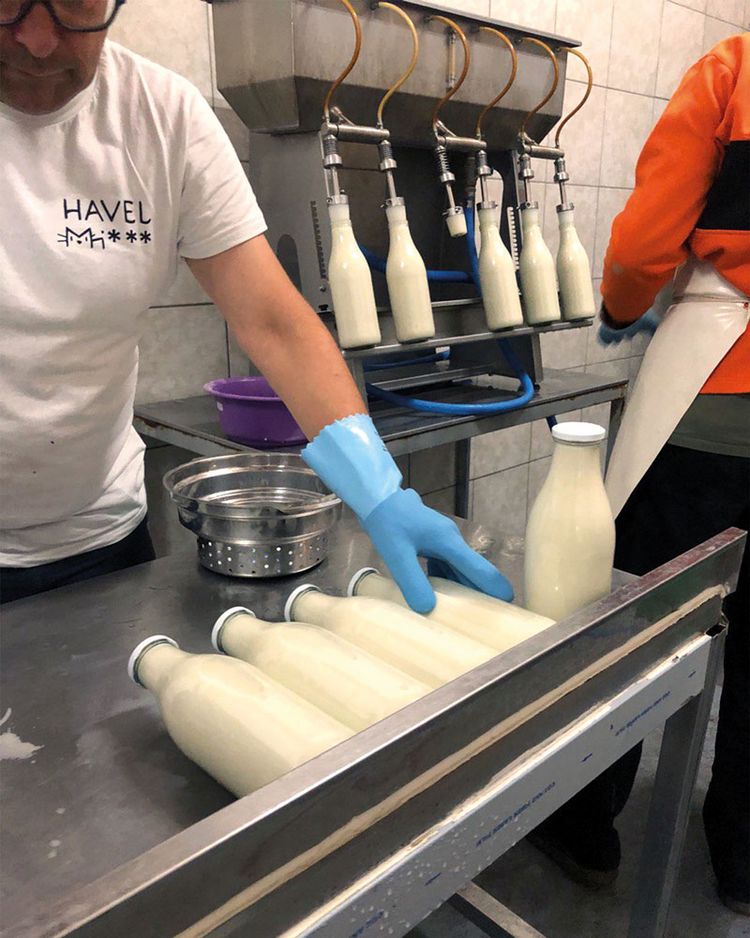 The intention behind the short distances is to keep the products’ carbon footprint as small as possible. Havelmi*** from the town of Beetzseeheide in Brandenburg also delivers its organic oat drinks in returnable bottles, in this case within a maximum radius of 300 kilometres. This young company is organised along cooperative lines. The founders also aim to gauge their economic performance in line with public welfare criteria, according to which a company is evaluated not based on economic considerations, but from an ecological, social and ethical point of view. The founders of Kornwerk, for their part, have opted for a solidarity model. To avoid burdening farmers with the entire risk associated with harvesting the crop, they have agree on a fixed price for the oats which is paid regardless of yield over the growing period.

“Wouldn't it be much better and more convenient to simply replace empty batteries instead of having to wait at the charging point?” This constantly reiterated plea has been doing the rounds in discussions on electric mobility for many years. Israeli start-up Better Place failed in its bid to turn this idea into reality in 2013. Among today’s electric car manufacturers, Chinese start-up Nio is the only one to have taken the exchangeable battery route, whereas all the other players consider such a system to be too expensive, complicated and inefficient. After all, it is taking less and less time to charge up electric cars. And, to date, every manufacturer has made its own batteries. But what is too expensive for electric cars can make a lot of sense for smaller electric vehicles – this, at any rate, is the belief of Berlin start-up Greenpack. The company has developed a standardised replacement battery that can be easily exchanged for a full one at its own Swobbee vending machines. This should help get the electric scooters run by sharing providers or the cargo bikes operated by couriers and private electric mobility users quickly back on the road. In addition to its 16 battery vending machines in Berlin, the start-up has also installed its first changing stations in Freiburg and Frankfurt am Main in 2020. Thanks to these exchangeable batteries, for example, cycle rickshaw riders in Frankfurt can now spend more time on the road during peak periods. Further vending machines are planned for this year for Bochum and Stuttgart. Greenpack also increasingly wants to integrate batteries made by other manufacturers into its exchange system.

With its white exterior, ovoid shape and definite touch of class, this futuristic structure looks like a space habitat for a couple of astronauts that has been designed by Apple. In fact, the “Ecocapsule”, as it is known, comes from the Slovak capital Bratislava and is designed exclusively for use on earth. This spacy little house has everything tucked away inside that you would need to live a self-sufficient and low-impact life far away from inhabited regions. Solar cells and a wind turbine on the roof generate power, which can be stored in a battery for several days. Rainwater is collected from the capsule’s surface and filtered in a water tank. In low-precipitation areas, it might alternatively help to set the capsule up on the banks of a water body, because the filter can also clean water from rivers or lakes. The capsule is designed to withstand temperatures of between minus 15 and plus 40 degrees and wind speeds of up to 150 km/h. But it doesn't have any wheels, meaning that this two-tonne microhouse has to be moved by trailer or container. And if you want to use an Ecocapsule to reduce your ecological footprint, you need to have deep pockets: this tiny house currently costs 79,000 euros. However, as production increases, the makers are confident that the price will come down. They are also planning to build their futuristic mini-homes as micromotels in places of interest in both urban and natural environments. And if you fancy having a trial run today, the structures have been available to rent in the Swiss mountain village of Guttannen since August. An overnight stay for two people costs 180 francs, including a voucher for the village shop, a donation to the WWF and a free view of the surrounding Alpine panorama. 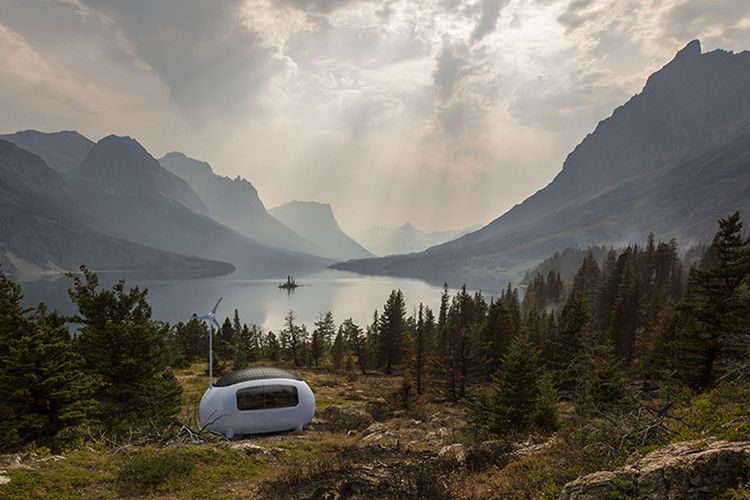 Goodbye to disposables: Recup and FairCup

Even among the short-lived species of fly, Oligoneuriella rhenana breaks all records: The life of this adult Rhine mosquito ends after about 40 minutes. The common disposable cup, however, has an even shorter life – of about 15 minutes. According to a study by the Federal Environment Agency, around 2.8 billion disposable cups for takeaway coffee are used in Germany every year. Added to this are 1.3 billion plastic lids. This produces 28,000 tonnes of waste, which can’t be recycled because of the plastic coating on the cardboard cups and instead ends up clogging city waste bins or, as is often the case, littering pavements or the green spaces next to them. The idea behind reusable cup systems such as FairCup or Recup is to reduce this mountain of waste. Coffee drinkers pay a deposit for the cup, and the café operators pay a monthly fee to the providers. These alternatives to cardboard are usually made of propylene. This plastic is considered harmless to health and a less likely source of microplastics and is easy to recycle. According to the Federal Environment Agency, the life cycle assessment of the reusable cup systems will be positive if the cups are used at least 25 times. If only green electricity is used to wash them, the environmental balance will be in the black after a mere ten uses. And more and more café operators are indeed signing up to this reusable system. According to the company, the Recup cups can currently be returned or refilled at 4,800 outlets throughout Germany. Large corporations such as McDonald's and Shell are also discovering for themselves the cup deposit principle and the growing environmental awareness of their customers: a total of 62 branches of the fast food chain in Germany have signed up to Recup's deposit system. Petrol station giant Shell aims to save around 2.4 million disposable cups in 2020 alone. 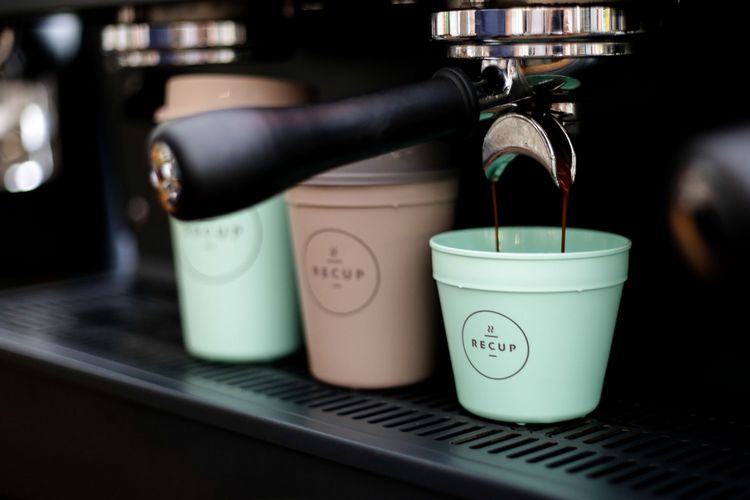 All roads once used to lead to Rome. Today, the whole world is full of roads. A network of 31.7 million kilometres of paved and unpaved roads stretches across our globe. And whenever cars aren’t using it, this infrastructure simply sits there unused in the sunshine. In other words, offering perfect conditions to cover them with solar panels - such, at least, is the idea of Solmove. This start-up from Potsdam aims to revolutionise road building with its solar tiles. On the one hand, Solmove’s solar roads should absorb noise pollution and use the energy they produce to illuminate themselves; on the other, they should be self-heating to ensure that they are permanently free of snow and ice in the winter. In Germany alone, the start-up estimates that some 1,400 square kilometres of road surface are suitable for conversion to solar roads. This would allow up to 20 million electric cars to be supplied with electricity without having to tarmac over additional areas. First of all, however, the concept has to prove itself in practice. A first attempt in 2019 in Erftstadt near Cologne using a 90-metre-long solar cycle path went badly wrong: when it rained heavily, the junction boxes simply burnt out. in the end, the contract between the company and the city was terminated on condition that the solar cycle path be dismantled. According to Solmove founder Donald Müller-Judex, lessons have been learned from the mistakes. In June 2020, the start-up equipped a test track on the site of a disused colliery in Gelsenkirchen with more advanced modules. These are now supplying power to an office building and a charging station for electric bikes - without any problems at all, according to Solmove. 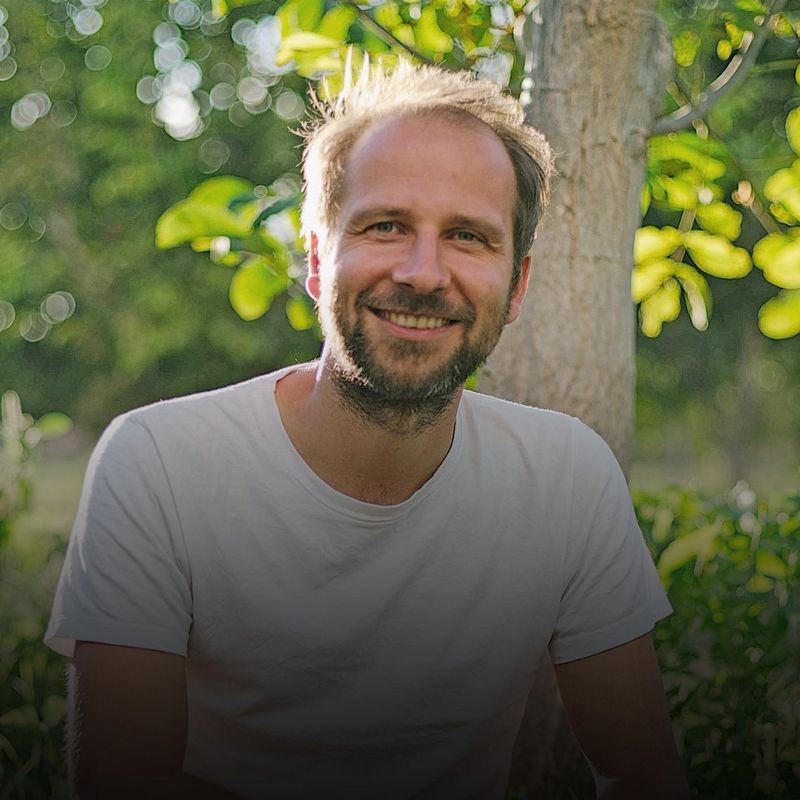 The #Profile series presents exciting and inspiring people from the digital scene. In the spotlight this time: Christian Kroll, founder of Ecosia. 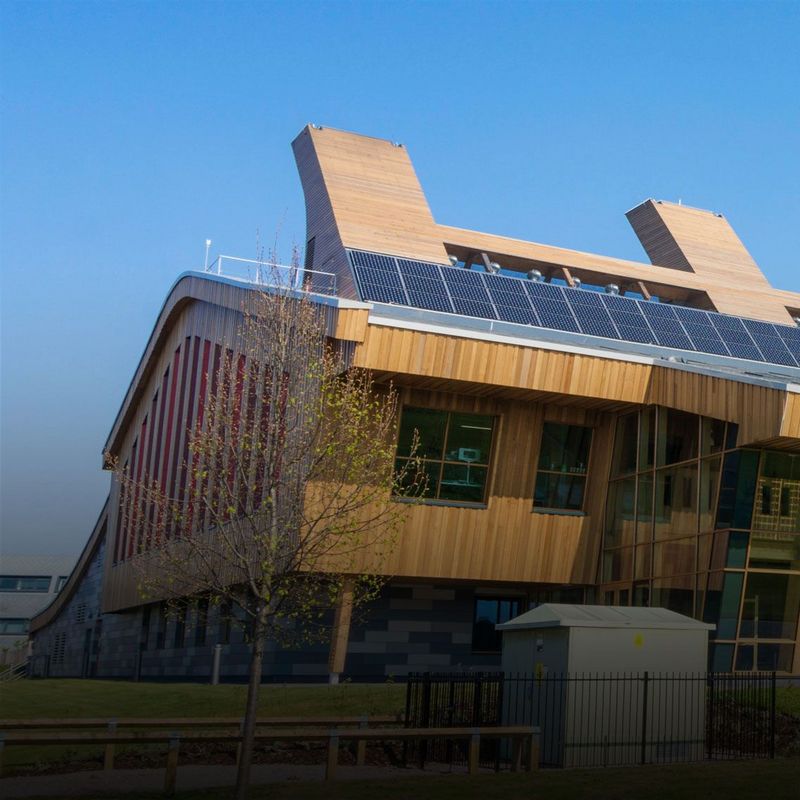 Wood, clay and straw: good for the climate