The Rosetta mission is unique in the history of space travel. After over ten years in space, the probe of the same name has covered 6.4 billion kilometres to reach the comet 67P/Churyumov-Gerasimenko, or “Chury” for short. ALTER TECHNOLOGY (ATN), a daughter company of the TÜV NORD GROUP, was significantly involved in the success of the spectacular project. In the interview, Luis Gómez CEO talks about collaboration with the European Space Agency (ESA), reveals when people will fly to Mars, and which mission he is dreaming of next.

#explore: Which space projects does ATN participate in?

Luis Gómez: From very early on, ATN was already involved in the majority of the scientific, earth observation and manned space flight missions in Europe and worldwide, for example in projects such as Envisat (largest satellite ever built in Europe), ISS (the international space station), ARIANE-Launcher, METEOSAT (the European weather satellite system), Herschel and Planck (the deep space observatories) and Mars-Rover Curiosity for Mars exploration. Also, there are the more recent projects like Solar Orbiter, Euclid, Bepi Colombo and of course Rosetta.

Which special prerequisites does the technology need to fulfil in space? How does ALTER TECHNOLOGY check the components of the satellite systems?

It is important to note that space is a hostile and unique environment for electronic devices. The radiation emitted by the sun and stars, the vacuum, the extreme temperature variations, the launch environment with vibrations, mechanical shocks or acceleration, are all conditions that barely occur during terrestrial applications. The technology must be extremely robust and reliable. Furthermore, repairs are impossible – we cannot afford any system not to function while in orbit. Therefore, reliability is a key figure, and all the tests and validations implemented at ATN are oriented to demonstrating that the selected components are capable of withstanding these conditions throughout the whole operating life cycle of the system.

We can distinguish between three important areas. The mechanical laboratory concentrates on analysing the robustness of the construction and the ability of the selected components to mechanically withstanding the present conditions. In this area, we find microscopes and tools for opening and micro-sectioning, to validate the internal construction of the parts, as well as all other functions. The environmental laboratory, in contrast, simulates some of the environmental conditions that the components are exposed to during operations. We also need to include some acceleration factors to simulate the conditions that the parts experience during years of operation within the space of only a few days. 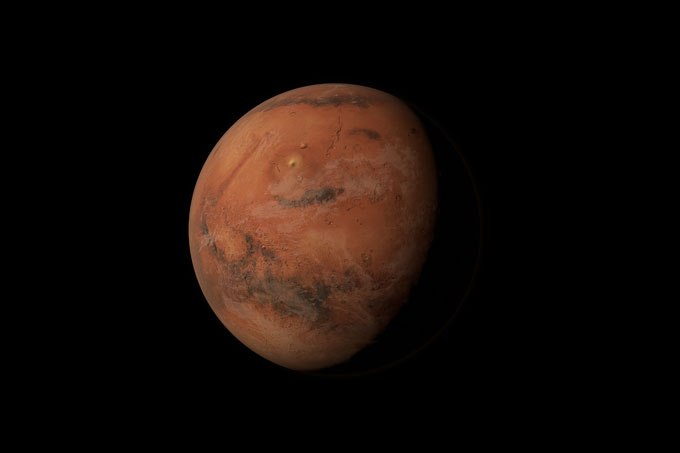 And the third area?

That is an electrical measurement laboratory. After all these tests and measures, we must confirm that all the components not only continue to function as expected, but that the most important parameters have not changed significantly. Furthermore, we should also mention our radiation laboratory, where we simulate the radioactive environment. For this, we use a ‘Co60 chamber’, which is similar to those used during radiation therapy in hospitals.

How closely do you collaborate with the European Space Agency?

ALTER TECHNOLOGY was created 30 years ago to test the reliability of the life cycles of microelectronics. At that time, ESA brought together twelve European countries and with it, the bulk of the space industry. Cooperation between the different participants was absolutely fundamental and, in view of these framework conditions, cooperation with the ESA was always extremely close in every area.

Currently, the cooperation between both organisations is very efficient, and more professional than ever before. ATN actively participates in several working groups related to microelectronics, quality and reliability policies and future technological trends and strategy. Furthermore, our staff has been collaborating with the ESA teams on different projects right from the start.

The Rosetta mission is one of these joint projects. What makes it so unique?

Rosetta itself was a very special mission for two main reasons. To begin with, the duration of the journey. One challenge was to ensure that the spacecraft survived the hazards of travelling through deep space for over ten years. Then landing on the comet. The most difficult phase of the Rosetta mission was the rendezvous with the fast-moving comet.

“Any kind of manned mission needs thoroughly proven technologies and some aspects are still wide open.“

Which concrete tasks did ATN undertake in the Rosetta mission?

ATN was responsible for ensuring the quality and reliability of the majority of the electronic components aboard the probe. Our experts performed sophisticated temperature, radiation, thermal vacuum and functional tests in our laboratories on the technical properties of all the electronic components to ensure that they would withstand the severe conditions of the mission.

Did you follow the spacecraft landing on comet 67P/Churyumov-Gerasimenko live?

Yes, I did indeed, at the ESA Astronomy Centre near Madrid. Most of our staff also followed the landing via an internet connection to ESA.

What is your opinion of the intended manned flight to the planet Mars? Is the technology ready?

Technological development will make manned missions to Mars possible, but not in the short term. Any kind of manned mission needs thoroughly proven technologies and some aspects are still wide open. It is true that we now know more about the surface characteristics of Mars thanks to some previous missions; we are beginning to better understand the hazards of a trip like that. However, we are still far from being able to guarantee the safety of the crew for such long deep space journeys.

Which innovative projects are you currently working on?

We are currently working in various areas. Not only in space but also, for example, in the area of commercial drones and their final applications. Additionally, we are working on new IT technology application: we are developing a web based tool using the newest technologies in order to do data mining aimed to generate value to the space industry . On top of that, we are also working on new semiconductors technologies like gallium nitride and silicon carbide.

What mission are you dreaming of next?

Although it seems that the majority of the news related to space exploration is directed towards Mars, it is the Moon that catches my eye. The Moon will be the platform to test technologies that later will be used for other deep space explorations, including Mars. Perhaps it is because the Moon is our close cosmic neighbour, and humans have been exploring its surface ever since they first developed telescopes. It might simply be because tangible results may be achievable in the medium term and, let it be said, I hope to be here to see it. 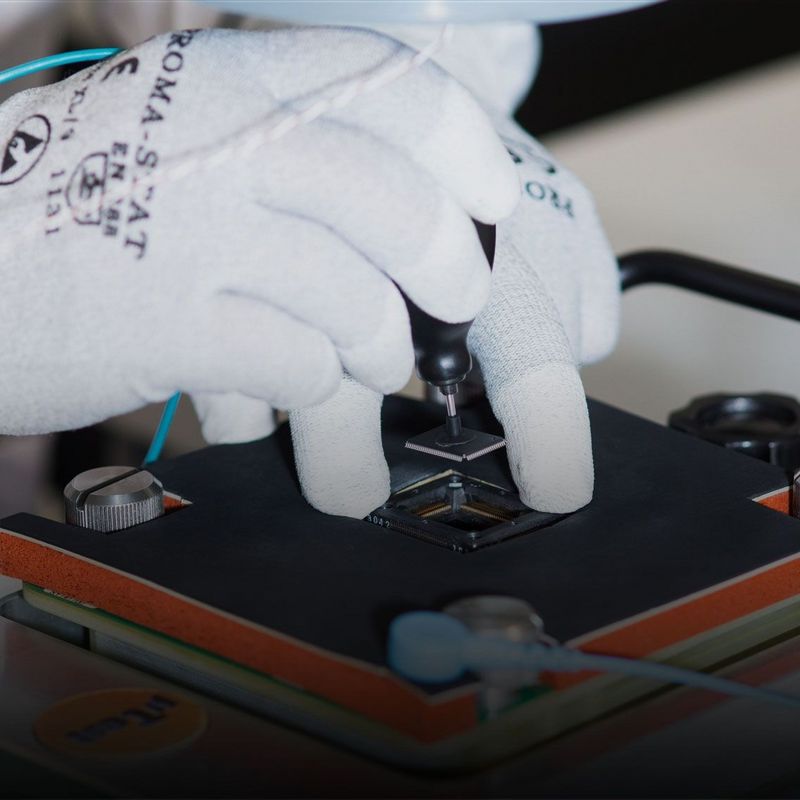 Aircraft engines are becoming ever quieter and more environmentally friendly thanks to digital technology. 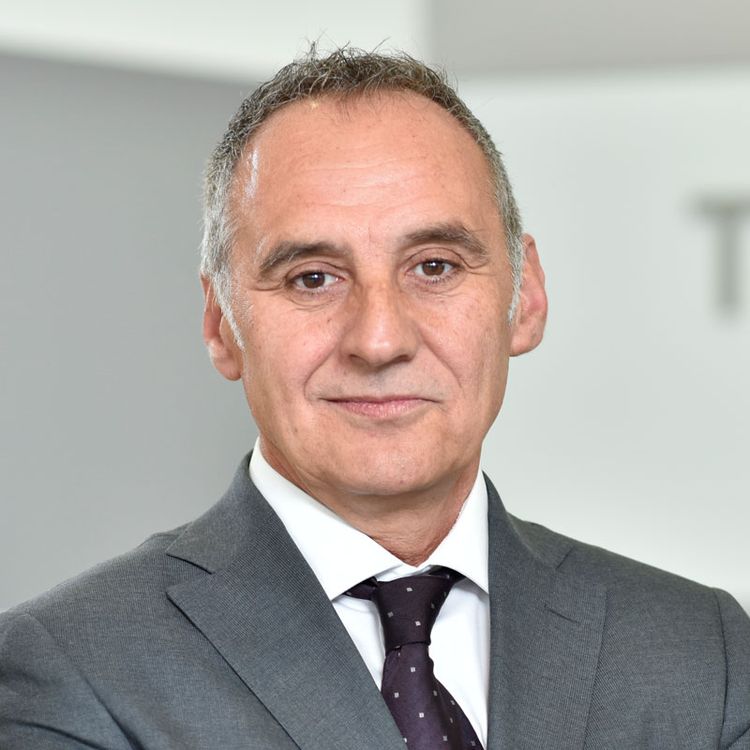 Luis Gómez is the CEO of Alter Technology (ATN), a daughter company of the TÜV NORD GROUP. The company was was significantly involved in the success of the Rosetta mission, which is unique in the history of space travel.

Staff – 250 employees, of which more than half are engineers

Participation in space missions – Over 100

Spacecraft, which has travelled the most kilometres – Rosetta with 6.4 billion kilometres