If you live in the country and either can’t afford a car or are too old or too young to drive, then you have a problem. There usually aren’t many local buses, nor do they go everywhere people want to go. In the first part of our mini-series, we showed how municipalities and transport companies plan to get people to their destinations when they no longer have their own cars. However, engaged residents can do their bit to improve mobility in the countryside - with people’s buses or lift-sharing benches.

For many years, the inhabitants of the small town of Murg in the state of Baden-Württemberg had the same issues as many other people living in rural areas. Even if you could take the train at the end of a long day at work or school, you still needed your own car or the help of a family member with wheels to get home from the station. This was because the last bus to the districts of Niederhof, Oberhof and Hänner went at 7 pm. This was, at least, the case until 2014. Since then, residents have taken matters into their own hands and banded together as voluntary taxi drivers for the hours after the buses cease to run.

To offer commuters and other travellers on the regional rail network a connecting ride to the town’s outlying districts, they procured an electric bus to launch their own scheduled service with regular departures. This “people’s bus” has been a great success. Having initially been deployed only at weekends, the voluntary bus drivers have since 2016 been working on weekdays as well to meet the significant demand. In July 2018, they ferried their 15,000th passenger. The idea behind the people’s buses is not just to get people to their destinations with greater flexibility and to inspire car owners to leave their vehicles on the drive. The local authorities which bear the costs of the electric bus, the electricity it uses, and the maintenance involved are also keen to encourage people to come together. And Murg is not unique in this regard. In Baden-Württemberg alone, the local transport company lists a total of 84 comparable people’s bus projects. According to the umbrella organisation “Pro Bürgerbus NRW e.V.”, roughly 330 people’s buses were trundling along the nation’s roads in 2017, 127 of them in North Rhine-Westphalia alone.

The Netherlands leads the way

In Germany, North Rhine-Westphalia is seen as a pioneer and stronghold of volunteer bus services. Inspired by the “Buurtbussen” in the neighbouring Netherlands, a project entitled “BürgerBus” was initiated here by the Ministry for State and Urban Development as early as 1983. 137 people’s buses are now winding their way through the villages, hamlets and towns of the state’s flatlands.

The voluntary mobility initiatives in NRW, Baden-Württemberg, Hesse and Lower Saxony are all sponsored by the states themselves. They subsidise the procurement of the buses as well as financing the passenger transport licences required by the voluntary bus drivers and a flat-rate organisation payment for the people’s bus associations. It wasn’t until 2017 that the then state government of North Rhine-Westphalia finally raised the subsidy rates. Up to 77,000 Euro are now provided for accessible electric or hydrogen-powered buses, and the flat-rate organisation payment per association has also been increased from 5,000 to at least 6,000 Euro. In this way, the state government is, in the words of the then minister of transport, Michael Groschek, seeking to “support the considerable dedication of the people’s bus associations in the voluntary sector and to ensure that this successful concept continues to grow.” But if such projects are to work in the long term, they do of course need committed citizens with enough time to carry them out. Most of the voluntary bus drivers are pensioners - and, obviously, they aren’t getting any younger. Some projects, such as the one running in Gransee in Brandenburg, are for this reason being blighted by succession issues.

But isn’t it a dereliction of duty for local authorities to outsource their tasks to committed private individuals? “Not necessarily,” says Melanie Herget, an expert in mobility in rural areas at the Innovation Centre for Mobility and Social Change (InnoZ) in Berlin. It goes without saying, she continues, that regular bus services shouldn’t be scrapped and replaced by people’s buses, “but, without reform of the financing system for local public transport, the municipalities simply often don’t have enough money to provide the necessary mobility services.” Citizens’ initiatives can in this respect be an important part of an overall strategy for improving the mobility of people without their own cars. It must be owned, however, that such projects don’t work equally well in all places and all communities. “The more strongly people identify with their place of residence and their region, the more likely they will be to get actively involved,” Herget says.

Hitching a lift conveniently with the lift-sharing bench

Particularly with the aim of improving the mobility of older people in villages and small towns, old ideas are undergoing a resurgence. In the small town of Speicher in the Eifel region, they have been rediscovering hitch-hiking - and making it more convenient. Senior citizens looking for a ride to the next settlement have since 2014 been making their way to a lift-sharing bench in front of the town hall. Extended thumbs and handmade destination signs are no longer needed. Instead, folding signs next to the bank tell drivers where they want to go. There are now four lift-sharing benches in the town, with a further seven in the surrounding villages. They are to be found in public places where sitting and waiting isn’t unpleasant and drivers and potential passengers can easily see each other. This makes it easier for the lift seekers to decide whether to get into someone’s car.

And the idea is catching on. In Schleswig-Holstein, North Rhine-Westphalia, Bavaria und Baden-Württemberg, the residents of villages and small towns can now sit back in comfort and wait for a lift. For the local authorities, the costs involved in providing the benches are minimal. And, if the local residents don’t like them, they can simply be set up somewhere else. After all, there’s never any shortage of demand of comfortable places to sit.

However, getting the principle to work in practice obviously needs more than just setting up a single bench in a village or town. After all, people from an outlying district don’t just want to go to the town hall; they may also need to go to the supermarket or hospital - and to be able to get back again. Which is why, according to Herget, a whole network of benches is needed. This notion is also making increasing headway in local authorities and initiatives. In the area around Flensburg and in the city itself, 45 lift-sharing benches will have been set up by mid-2019.

A question of trust

And yet, many people aren’t comfortable with the idea of getting into a stranger’s car or giving lifts to people they don’t know. In a municipality in Hundsrück, a project was canned because local residents were afraid that their children would end up getting into strangers’ cars. And, as the person who came up with the concept, Ursula Berrens, admitted to ZEIT ONLINE, the lift-sharing bench is “not intended to be a means of mass transportation”. She sees it instead as “a small way of filling a gap.” By its very nature, hitch-hiking sitting down is a seasonal affair especially for the summer months and not one that is suitable to meet all mobility needs. It is aimed above all at senior citizens or schoolchildren for whom the precise timing of their journey isn’t that critical.

Roboterbusse – die Revolution für den öffentlichen Nahverkehr?Working commuters, however, who need to get to work on time are more likely to access lift-sharing portals such as Flinc via their smart phones as a means of spontaneously forming lift-sharing communities. But local authorities are also playing around with digital lift-sharing platforms. In the Odenwald district, a lift-sharing app was launched at the end of 2016. It goes by the name of “Husch“ and is intended to supplement local public transport, make more efficient use of private cars and protect the environment.

But if such offers are to meet with success, they of course need a critical mass of participants. After all, people need to be able to both spontaneously and reliably find a driver or passenger. But many of the projects are a long way away from this point. At the start of 2018, 280 people had registered with Husch - whereas the movers behind the project had been hoping for 500 members by the end of 2017. According to Flinc’s website, however, some 350,000 users have already registered for its services.

Be that as it may, the potential is still high. In some rural areas, 1,000 residents share some 800 cars between them, Herget says. And most of the time, the cars have a single occupant. So it wouldn’t in principle be difficult to get the remaining 200 people to their destinations. With the aim of encouraging the formation of lift-sharing communities, cities in the US and Canada have set up carpool lanes. These lanes are reserved exclusively for cars with at least two occupants, who can then make faster progress on these lanes, which are generally quieter, and get to their destinations more quickly.

In Germany, financial incentives might for instance also motivate drivers to share their cars with other people, says Herget. This would, however, require changes to the law on the transportation of persons. The current law states that passengers may be asked only to pay a share of the operating costs. The sum deemed as appropriate can even vary within a single federal state. “If they’re really serious about encouraging lift-sharing in Germany, they should for this reason think about whether it might be permissible under certain circumstances to allow drivers to think in terms of making a profit. In places in which there aren’t any taxi services that might be put at risk and at times when there aren’t any bus services,” Herget adds.

The idea of spontaneously sharing lifts often falls foul of a lack of trust. The app-supported offers attempt to overcome this obstacle with evaluated profiles and chat features. Users can in this way form an impression of their potential driver or passenger in advance. When it comes to overcoming reservations about lift-sharing, it can also make sense to build on existing networks of trust, says Herget from InnoZ: “You could for instance encourage parents from a particular school or the members of a sports club or cultural association to form lift-sharing networks. And once you’ve established a few “islands of trust” in a region in this way, you can go on to open them up to each other to make lift-sharing socially acceptable.” After all, more lift-sharing leads to a win-win situation - for traffic, the environment and the mobility of rural residents of all ages. 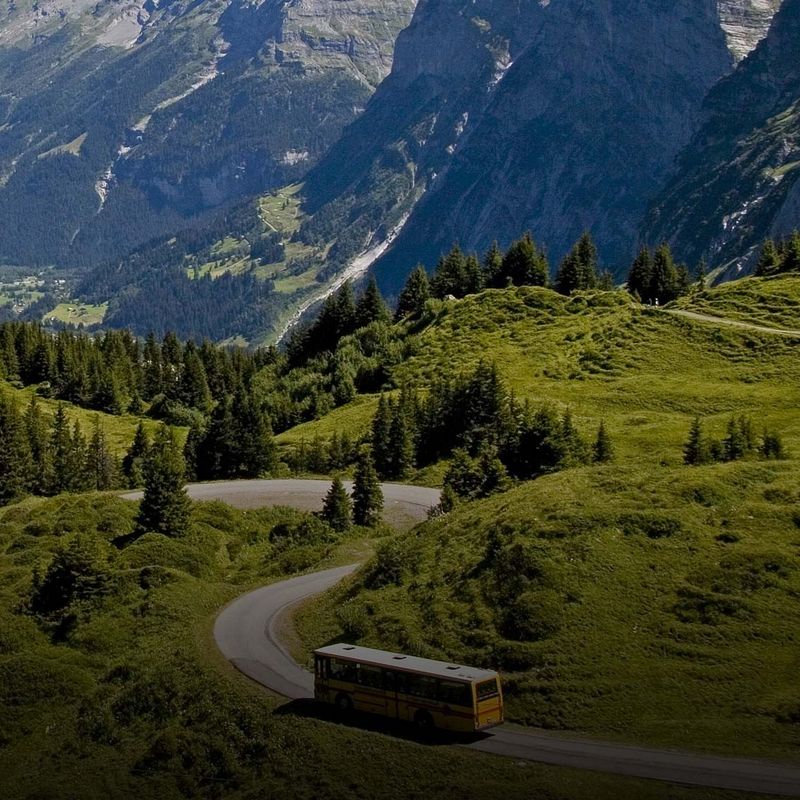 shutterstock
Mobility in the country

Just phone for the bus 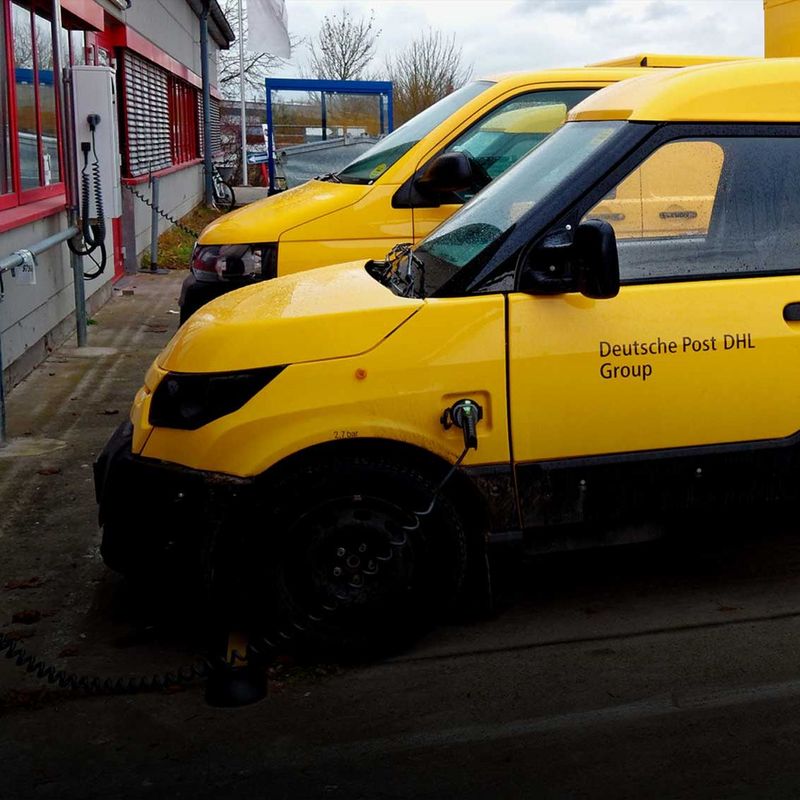 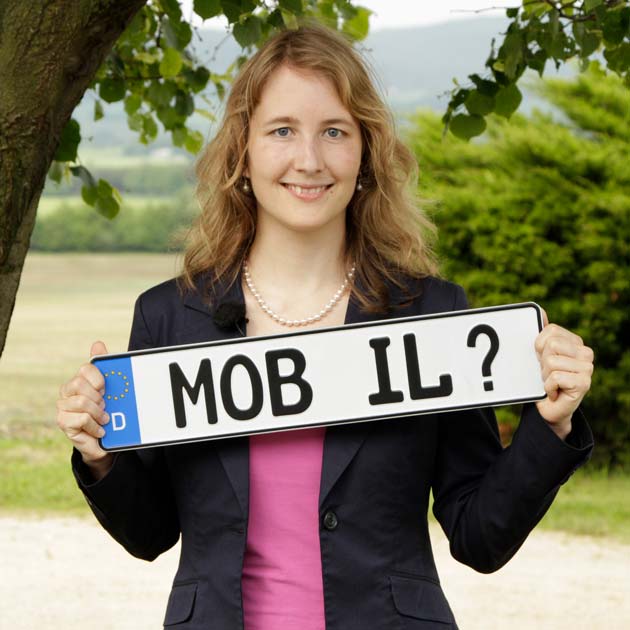 Melanie Herget, an expert in mobility in rural areas at the Innovation Centre for Mobility and Social Change (InnoZ) in Berlin.