Where we once used to browse in encyclopaedias, phone books or industry directories, today we find the answers to almost all our questions on the Internet. More than 3.5 billion requests are typed into search engines every day across the globe. A huge market and a huge demand: which could - according to Christian Kroll - also benefit the environment. It was with this in mind that the business economist founded Ecosia – a search engine that plants trees with every click of its users - in 2009.

Occupation:
Founder and CEO of Ecosia

What is Ecosia?
Ecosia is the green search engine that plants trees.

How did the idea come about?
The idea came to me on a trip round the world. After I had lived in Nepal and South America for a while, I was able to experience for myself the social and ecological injustices that prevail in those places and learned a lot about the destruction of the rainforest. When I realised how much potential there was in search engines and how some companies were already making occasional use of it – almost exclusively for capital interests and marketing opportunities – it became clear to me that I wanted to do better and to create a sustainable alternative.

How does an Internet search become a tree, and how can you and your employees live on the proceeds at the same time?
Our search engine generates a profit by showing ads. So, if a user searches for something via Ecosia and clicks on one of the ads, we get money from the advertiser. We use this revenue to cover our running costs: We pay our employees and the office and marketing costs. What’s left of the revenue is the profit which we use for our tree planting projects or other projects like the construction of solar plants.

How do you choose the projects and how do you ensure that the trees are actually planted?
Responsibility for the selection and coordination of the projects rests with our tree-planting team. We work with local partners if we can because they have crucial knowledge of the region in which we want to plant the trees. When you add in the knowledge we bring to the project, what you get is a fruitful exchange of views about how the project should be set up. As well as contracts, we also have a monitoring system that works using satellites, an app or old-school bureaucracy, depending on the project. Thanks to regular contact with our partners, we can keep a close eye on the progress of our tree planting projects and any challenges that might crop up. We’re also keen to share the most important updates with our users on our blog or YouTube channel.

How can a small search engine from Berlin compete technologically with the giant that is Google?
Google is, of course, a tough competitor with an incredible amount of market power. However, our motives are completely different from Google’s: The sustainability aspect, our transparency and our data protection are all factors that make Ecosia a very strong competitor. With Ecosia, you can track what happens to the money and the data and also do something good for the environment. For example, we develop features for our search engine to help motivate our users to live more sustainable lives in the day-to-day. We’ve introduced labelling to identify more or less sustainable companies, which are marked accordingly with a “green leaf” or a “coal power plant” in the search results.

"So now we aren’t just CO2-neutral, but even CO2-negative."

Internet servers eat up a lot of electricity and add to CO2 emissions in the process. How can you prevent Ecosia itself from harming the environment?
Searches at Ecosia are 100 percent powered by renewable energy. On the one hand, the searches plant trees that combat climate change by removing CO2 from the atmosphere. On the other, we’ve had solar power systems built in Germany to compensate for our use of Internet servers. So now we aren’t just CO2-neutral, but even CO2-negative. But we want to do even more. By building more solar plants, we want to double our production of renewable energy and not only meet our own needs, but also squeeze energy that is actively polluting out of the grid.

Many founders speculate that they’ll one day be able to sell their start-up for a profit. Do you see things the same way?
Since Ecosia was transformed into a social business in 2018, it has to all intents and purposes been its own owner, fully dedicated to its own stated purpose. I made this decision to reinforce my promises that I would never sell Ecosia and never appropriate our profits for my own ends. The social model of ownership imposes legally binding and irrevocable restrictions on us: It’s now absolutely impossible for me or anyone else to sell Ecosia for a profit or to take corporate capital out of it. Since then, the management of the company has been held in trust and is carried out only by selected people for limited periods of time. So, I can’t bequeath it to anyone either.

What are your goals for the future, what do you want to happen to Ecosia?
Ecosia may be the largest green search engine, but we want to become even greener and implement a lot more green features. In the long term, for example, when someone’s looking for a new washing machine, we’d like to be able to show the one that has the highest energy efficiency and was produced without child labour. We also want to be able to help our users make more sustainable decisions when travelling, for example by also showing them an equivalent rail journey, including the carbon emissions saved, whenever they look for a flight. We’d also like to broaden our focus in the future and concentrate on other ecological crises too.

And the biggest challenge is...
... the climate crisis. It’s true that, thanks to our users, we can plant a lot of trees. But the number of trees cut down each year is still significantly greater than the number planted. So, forest cover is continuing to shrink, all the same. We still need to see a fundamental change in politics and society if we’re to save the planet.

Which digital product has yet to be invented?
That’s a good question. A device that just happens to combat the climate crisis in addition to everything else it does. Perhaps a sustainable, resource-efficient and cost-effective CO2 filter?

And which products can you do without?
If I'm not working, I’m actually quite happy to put down my digital devices.

Which technical application will always remain a mystery for you?
I’m convinced that, with the right attitude, you can learn anything. If it bothers me that I don't know enough about a technical device, then I do something about it.

When were you last offline for 24 hours?
When you work in a tech company, I think it's important to take time to be offline. On days when I’m not working, I like to put my phone and all the other digital stuff away.

A holiday without Wi-Fi: Is that a dream or a nightmare?
Sounds like a dream to me.

The #Profile series presents exciting and inspiring people from the digital scene. In the spotlight this time: Nick Wiese, co-founder of VIREED. 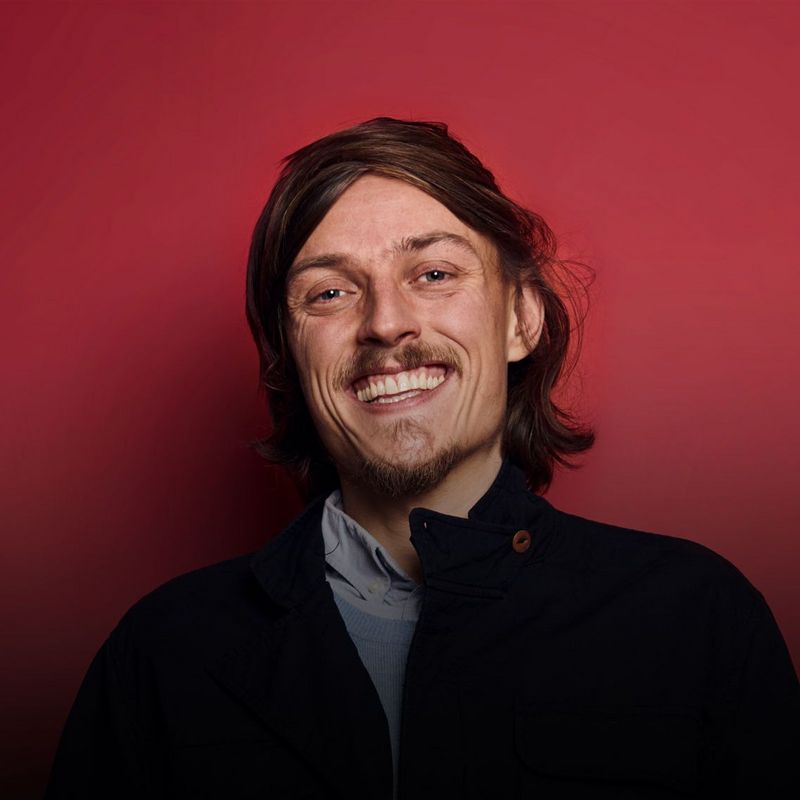 The #Profile series presents exciting and inspiring people from the digital scene. In the spotlight this time: Raphael Fellmer, co-founder of SIRPLUS.