Henning Beck is a neurobiologist, author of non-fiction books and one of the best science slammers in Germany. In this interview he reveals why even the best computer cannot compare with the human brain and why brain jogging-apps are superfluous.

#explore: What are you currently working on?

Henning Beck: A computer needs the latest programs with tens of thousands of pictures to discern with 70 percent probability that it must be looking at a cat. That's pretty hopeless. When my two-year neighbour looks at a cat, he’s 100 percent sure that he’s looking at a cat, even though he’s only seen it once. The other day, he was standing next to me in the hallway when he looked up and said: 'Oh, a smoke detector.' I doubt that his parents needed to show him 100,000 smoke detectors for him to know what a smoke detector was. He saw it once and got it immediately. Computers can't do that. What I want to know is this: How does the brain do that? How does it recognise the things around us? How does it make a connection that it never ever forgets?

#explore: Why does this topic fascinate you so much?

Henning Beck: The quest for the answer to the question of how machines can learn - and the buzzword here is deep learning - is being massively hyped by science. But everyone always forgets who many computing steps are required to allow a computer to adapt to a new situation. The brain needs a lot fewer steps - it’s almost as if it knows of shortcuts to absorb new knowledge. But these secret passages are a mystery to us. However, if we could just understand these tricks, we would instantly also be able to improve the performance of machines and artificial intelligence. The computers of today are just plain stupid, albeit stupid at high speed.

#explore: How can these tricks be investigated?

Henning Beck: There are some very different approaches. These include, for example, neuro-psychological experiments, which use eye-tracking methods to study how long small children look at something under different conditions. When are they aware? When do they remember something? You can also measure the signals in the brain that occur when the brain cells notice something. Combining the various methods is a good way to determine what happens in the brain when we perceive something new and organise the world around us.

#explore: Which other subject fields appeal to you?

Henning Beck: I’m interested in the question of how new ideas come to us. While the subject of intelligence has been thoroughly researched, science is still far from clear when it comes to creativity. This is very important, because the big ideas of the future aren’t going to be thought out digitally - they’re going to be analogue. Everyone’s crying out for digitalisation. And yet we’re forgetting that the most important resources are new ideas, innovations and new products - and these aren’t developed by computers but by people. What is analogue thinking? How does analogue creativity work?

#explore: Are you going to reveal some answers soon?

Henning Beck: Yes! I’m not of course promising you the Holy Grail of neuroscience, but I will be able to show you which direction in which we’re headed. We have some good initial ideas which we need to explore further. I’m going to explain how fast mapping - understanding something after you’ve seen it once - works, and why ideas should remain analogue and can’t be digitised.

“Artificial intelligence is highly overrated. People forget that they are messing with the toughest opponent in the world - the brain.“

#explore: Nevertheless, in the age of Industry 4.0, intelligent machines are taking over more and more tasks ...

Henning Beck: Artificial intelligence is highly overrated. People forget that they are messing with the toughest opponent in the world - the brain. It’s had a headstart of a few million years and has some tricks up its sleeve that no computer can solve in a finite period of time. There are some problems that today's computers, even if they become infinitely faster, are not going to be able to unravel.

#explore: Can you give us an example?

Henning Beck: Computers can learn, but they can’t understand. Deep learning is great - but 'deep understanding' is better. No computer can understand that a chair is more than just a seat with four legs and a backrest, that cats are living beings and that time can’t run backwards. Computer can make connections and grasp correlations, but that isn’t enough to understand the world. Computers are still just as dumb as they were a hundred years ago, the only difference being that they can now calculate quicker.

#explore: Let’s return to creativity: Can computers be creative?

Henning Beck: We can rule out creativity here by definition. Creativity means breaking the rules. And that’s something computers can’t do. Computers can be intelligent, but birds are also intelligent. Being intelligent means being able to use resources efficiently. Which is why we shouldn’t try to compete against the computer when it comes to thinking more efficiently.

Henning Beck: Computers can just do it better. They can beat us in chess, but that’s hardly surprising, because all they have to do is calculate rapidly and without making mistakes. But only we are able to invent a new form of chess. As long as a computer doesn’t independently start to play World of Warcraft because it’s more fun than chess, I'm not worried at all. Computers obey rules correctly but are also boring and uncreative in the process. This is a price they will always have to pay.

“We’ve never been as quick to make decisions and adapt to new situations as we are today.“

#explore: Will our brains get slower and more complacent if modern technology takes tasks away from us?

Henning Beck: That’s an illusion. We’ve never been as quick to make decisions and adapt to new situations as we are today. All technology does is take on those things that we can’t do well ourselves, like remembering phone numbers or looking up timetables. This gives rise to the mistaken view that we’re being driven by new technologies and have to get more and more done in ever shorter periods of time. The reality is that our digital assistants are actually opening up more time for us because we no longer need be held up by our weaknesses. No computer is going to usurp our strengths - developing ideas and dealing with people.

#explore: Brain jogging is aimed precisely at these weaknesses and is intended to train our grey matter. Does that even make sense?

Henning Beck: People have wanted to be able to think better ever since they’ve been able to think. I always say that if someone is looking for brain jogging, then they take their brain jogging and do some exercise. Better blood circulation and increased metabolism help our brains work better. The best thing I can do with my brain is to interact with people and talk to them.

#explore: So are the all apps, books and self-help books a waste of time?

Henning Beck: Many people want to improve their brain function in specific ways with more training. They download a program and train their brains like you would train in a sport. But the brain doesn’t actually work statically like that at all. It’s much more adaptable, alive and interactive. You can enhance these qualities by doing things, meeting up with friends and going out to people. And you can forget about the many brain-jogging programs.

#explore: So be honest: Do you have any apps for mental fitness on your phone?

Henning Beck: No! I’ve downloaded a chess program, but that doesn't count. All I notice here is how inferior I am to a simple smartphone algorithm.

Henning Beck: The brain can absolutely adapt to them. It’s the only system that always adapts in the best way possible to new situations - no matter where and when you’re born - in the bush or in New York City, 100,000 years ago or in 100,000 years’ time. One current major trend is to make more and more use of media. I no longer learn from a book but try instead to use different techniques to make the material go in. This is very good for the brain, because it promotes learning through understanding. Because that’s the great art - not just to learn vocabulary by heart but to be able to use it in conversation. I’m very optimistic that the new media can help the brain to do that.

“The brain loses its ability to prioritise tasks if its working rhythm is disrupted too often.“

#explore: What downsides do you see here?

Henning Beck: We know that the brain loses its ability to prioritise tasks if its working rhythm is disrupted too often. For instance, if I’m disturbed by my phone ringing every ten minutes, then things get tricky for my brain: what’s important right now - my work or my mobile? It forgets how to focus on one thing for a period of time and how to work effectively. The more we jump back and forth, the more mistakes we will make.

#explore: But this rules out multitasking, doesn’t it?

Henning Beck: Yes, indeed. Only two simple cognitive tasks can be done at the same time. Then you’re done. If five live streams are running from the Olympics, I can’t watch them all at once - I have to jump from one to the next. And it’s at the point of switching that I can’t see anything and mistakes get made.

#explore: How you would advise people to avoid mistakes?

Henning Beck: I would recommend a media diet - stick at a particular task for two hours, concentrate on it and and continue working at it without the distraction of a smartphone or tablet. The brain will then quite quickly get back into rhythm. You should never underestimate just how adaptable the brain is. 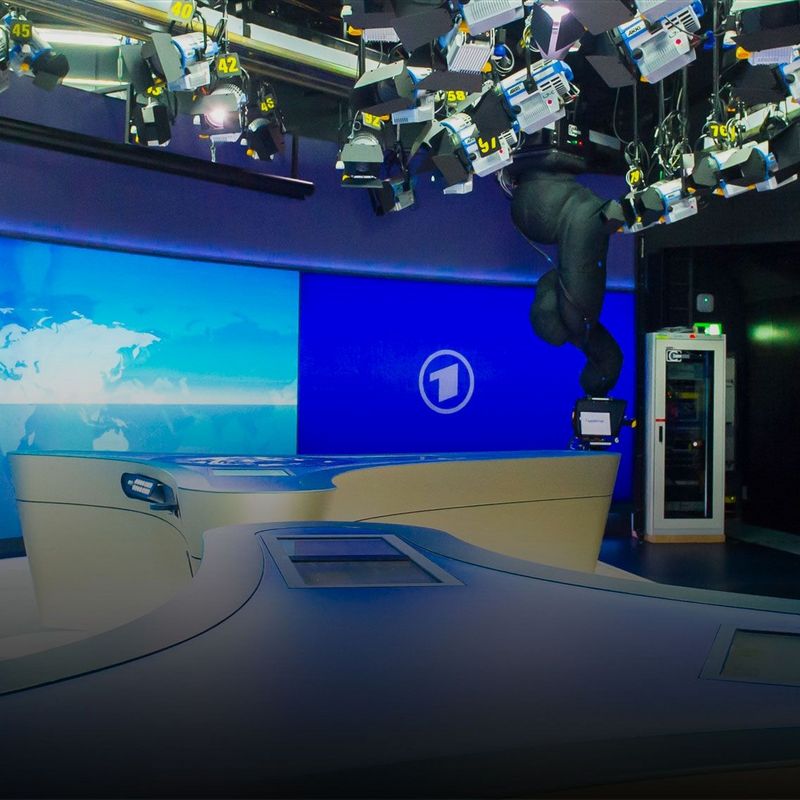 News from the engine room

Before the German evening news programme, the Tagesschau, was able to go live with its new look, specialists had been working to develop a safety concept that was unique. 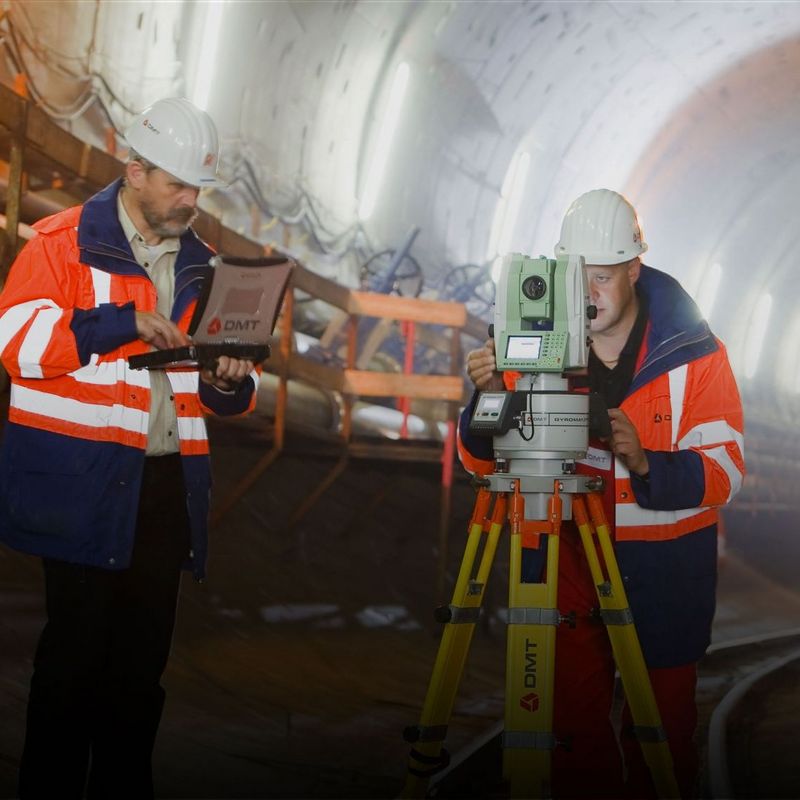 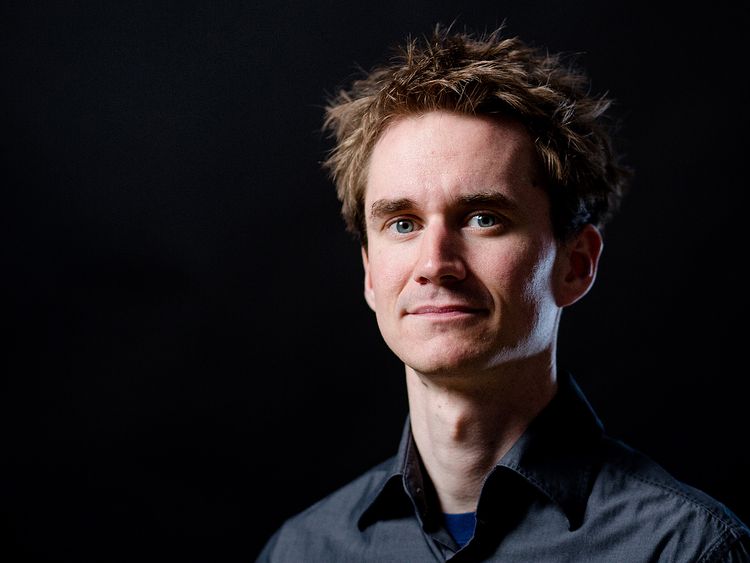 Brain research is both complicated and complex. But the fact that neurobiology can also be entertaining is demonstrated by Henning Beck in his lectures, in which he combines science with entertainment.

Henning Beck recorded one of his greatest successes in 2012 when he was crowned German master of the Science Slammers. At the Science Slam scientists compete against one another on stage and have ten minutes to inspire the audience - the spectators then decide who has given the best lecture.

Henning Beck regularly publishes non-fiction books: his most recent work was “The fascinating brain - an illustrated journey into the world of nerve cells”, published by the Springer Spektrum Verlag.

In some cases, the participants can learn course content with the help of videos, exercises and quiz questions. These aids to learning are currently undergoing further development.

Soon, TÜV NORD Online Akademie will be launched with more than 6,000 presentations from a series of TÜV NORD training courses. Learners will then be able to undertake complete certified programmes of instruction from their own “virtual desks” using a variety of digital learning formats. This means that valuable time is not wasted on travelling, and it will be possible to select only those themes that are of particular interest or are actually needed, whilst maintaining active dialogue and exchange with other groups of learners.