Closed schools, shuttered factories, social distancing, enforced confinement at home and daily increases in the number of cases: the coronavirus has turned our daily lives upside down in next to no time. Worrying about your own health and economic survival can easily turn into panic. Psychologist Michael Bogus from TÜV NORD offers some tips on how to work with fear and to avoid transmitting your own panic to others.

#explore: Mr Bogus, the Coronavirus crisis is now also firmly in control of our everyday emotional lives. What psychological mechanisms are effective in this kind of crisis situation?

Michael Bogus: Crisis situations throw all our characteristics and basic attitudes into sharper relief. With people who generally tend to be cautious, reserved and anxious, these traits are being amplified in the current situation. We can also observe that people with basically naive personality types whose coping strategy is to bury their head in the sand are increasingly trying to deny real risks, in line with a belief that run along the lines of: “This can’t be true because I can’t allow it to be true.”

The second important factor, of course, is the experience of the collective. As human beings, we all have the capacity to empathise with others: if someone’s sad, it touches us; if someone laughs, we laugh too. It's the same with fears. When we experience that the group around us is panicking, we let ourselves be infected by that panic – it’s almost impossible to resist. If this fear is also fuelled by the media, then we end up in precisely the situation that we find ourselves in now. This fear is currently taking on very concrete forms in a lot of people: why are people choosing to hoard toilet paper of all things? Because they're really scared!

"Why are people choosing to hoard toilet paper of all things? Because they're really scared!"

What can I do to avoid panicking?

It’s incumbent on us to show some maturity. There are loads of fake news stories circulating on social media that are causing panic. Following them obsessively or tuning into information broadcasts on radio and television for hours on end will overwhelm us emotionally and often leads to confusion. In any case, the central facts are now known. The decisions are in the hands of politicians. We can't actually do anything more than stay at home and do the best we can to avoid infecting ourselves and others. If you can't sleep for sheer panic, you may need psychological counselling – and that's difficult to get at the moment, of course. But relaxation techniques and, especially. walks in the fresh air are good and important for relief. And, as things stand, we’re still allowed to go for walks.

One of the biggest stress and anxiety factors at the moment is without doubt the lack of clarity as to how long this is all going to last. If we knew that this state of emergency was going to last for about another six weeks, we could adjust to that reality. Not having this kind of concrete perspective is resulting in major uncertainty and feelings of impotence, making it a persistent stress factor that everyone now has to deal with. The media currently has the job of ringing the alarm bells very loudly, trying to convey the seriousness of the situation. There’s no doubt that this is needed to prevent careless behaviour. But every single one of us also needs reassurance and encouragement – while we don’t want to be lulled into a false sense of security, have others downplay the risk or to be given false facts, what we do need is a personal message to the effect that we’ll manage the situation and get through this crisis together. The key now is not to feel alone. We can phone each other or communicate over the Internet to support each other, if not physically, then at least emotionally. This emotional solidarity is now incredibly important.

When might my fear become a problem for me and for others?

At the point when it becomes as infectious as the virus! On the other hand, it’s good and helpful for us to communicate our feelings and concerns openly to each other. I can call a friend or tell my partner that I'm worried and I don't know what to do. This is an emotional, personally charged message to which the other person can respond sympathetically. However, I should consciously avoid dramatic choices of words, frantic calls to action and disseminating unverified information, so as not to infect others with my fear.

How can parents talk to their children about the virus?

Of course, you really mustn’t transfer your panic to your children. Nor would it be a good idea just to repress your own fear. This will quickly spill over into tetchiness and poison the atmosphere at home. You should instead communicate your own feelings authentically but in a controlled way. You can give your child a hug and say that this is a really difficult time, that we’ve never seen anything like it, but we’ll get through it together. Because information alone is of secondary importance, especially for younger children, you should try above all to give them the feeling that you’re there for them as their parents and they aren’t alone.

"It would not be a good idea just to repress your own fear."

In recent weeks, pictures and stories of so-called Corona parties have also been doing the rounds. At what point does too much recklessness become a problem for the general public?

Behind what looks like recklessness is actually the repression of fear. And repression works particularly well in collective situations: you feel affirmed in your stance and that you aren’t on your own. From the point of view of the public at large, this is of course dangerous. This kind of behaviour has led to the current state of enforced confinement at home, the aim of which is to stop this kind of thing from happening. At the same time, however, there is disagreement among the virologists as to just how easily the virus is transmitted in the open air.

In my view, inflexible bureaucrats and ill-conceived protective measures are at least as problematic as young people throwing parties. I’ve just experienced this for myself at the post office: People were only allowed in one by one, but a queue of 70 people who weren’t practising social distancing was waiting outside the door. This is irresponsible, because these are precisely the situations in which the disease can be transmitted. 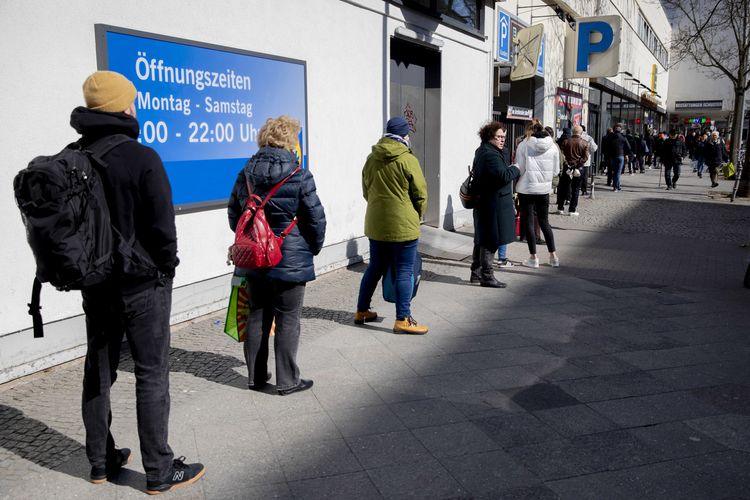 © picture alliance
Standing in line at the supermarket: Many of our routines have changed.

When you’re standing in front of an empty pasta shelf in the supermarket, you may feel tempted to buy more than you actually need. How can you avoid being infected by other people’s fear?

The virus is an oddly intangible hazard for most of us to start with. If I don't have any symptoms myself, I can't feel it. And hardly any of us have actually seen anyone with a bad case of Covid-19. It therefore follows that, for most of us, this threat only becomes concrete and tangible when we’re standing in front of an empty supermarket shelf. And this triggers a deep internal conflict. On the one hand, we’re being encouraged to leave the house as rarely as possible. On the other, given the empty shelves, my instinct is telling me to fill my trolley before the food disappears. In this situation, most of us will opt to stock up instead of being considerate towards others.

However, even in times of crisis, someone whose default setting in life is to act with social awareness isn’t suddenly going to turn selfish overnight. Nor will this kind of person have to worry about going without flour if they don’t stockpile. They’ll be able to rely on a social support network – after all, we generally attract people who tick in the same way we do. Friendly and helpful people usually don’t have friends who are selfish misers. People who hoard, on the other hand, are often socially isolated. Such people can’t imagine that others would be willing to give them things and support them.

While some people are stockpiling, others are organising support groups for people in quarantine. How can we ensure that solidarity will prevail over selfishness?

By putting more emphasis in the media on positive examples and actions that show community spirit. These have tended to get lost among all the apocalyptic reports. This isn’t, of course, about deploying some sort of stiff upper lip rhetoric: it’s about having ideas and setting examples of how we can help and support one another that will in turn be contagious in the positive sense.

Could this crisis also be an opportunity to rethink our society in a new and more collaborative way?

I’m not so optimistic about that. Experience has shown that most people want to return to normality as quickly as possible after a crisis. For example, after the suicide of Germany’s goalkeeper Robert Enke, there was a great wave of compassion and a general call for an approach to depression that would break down all the barriers to communication. But not much actually happened. In this respect, I think it’s unlikely that we will see a change in our society as a whole. However, individual people may indeed start rethinking and reassessing, depending on what they personally experience around them during this crisis.

As well as the horror stories, there are also loads of humorous cartoons and video clips about the Coronavirus crisis on social media. Does humour help us deal with fear?
Categorically yes! Humour is always a kind of safety valve – and by that, I mean everything from the most innocuous joke to the blackest of black humour. Some people believe that we shouldn’t make jokes about such serious things. That I consider to be inappropriate moralising. If I find myself spontaneously laughing at something, I’ve no reason to be ashamed, because it offers me a form of relief without harming anyone else. The ethical red line comes, of course, where jokes are made at the expense of other people. That being said, humour is a great help when it comes to making it easier to bear even the hardest of things, like a crisis. 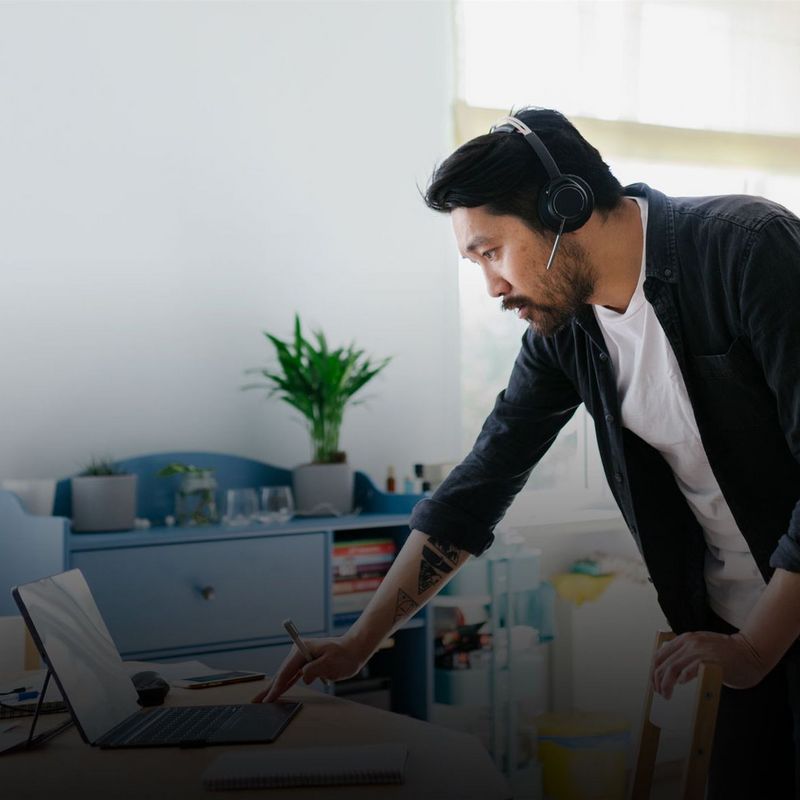 A guide to successful digital collaboration 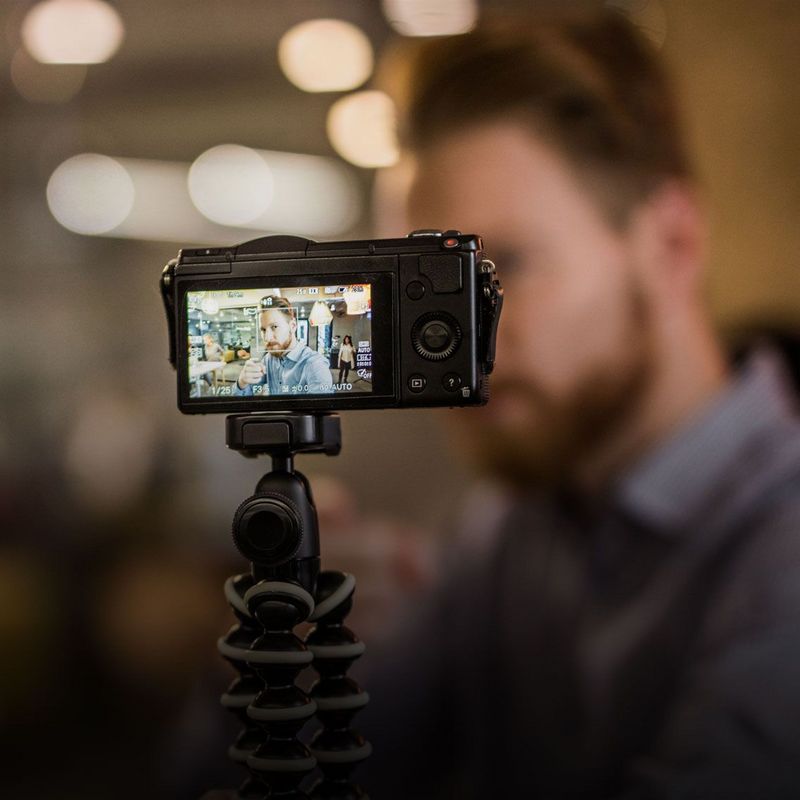 Learning in front of the digital tube - knowledge channels on YouTube

What you can learn about science and technology on YouTube. 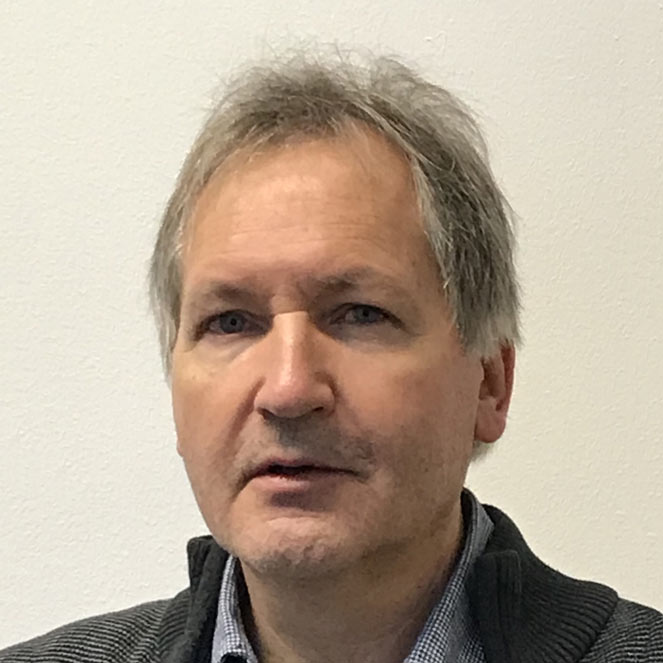 Michael Bogus is a graduate psychologist and technical director of Nord-Kurs (charged with the preparation for medical-psychological examinations at TÜV NORD).