When we’re all being told to stay at home and practise social distancing, and the schools and nurseries are closed, the walls can all too quickly close in on children, their parents and other adults. These five games might help you banish boredom in self-isolation and quarantine.

„Ori and the Will of the Wisps“

OK, so we still allowed to leave the house. But the Coronavirus crisis has severely restricted our freedom of movement. This can be restored to us by “Ori and the Will of the Wisps”, if not physically, then at least emotionally. As Ori the tree spirit, we find ourselves roaming through picturesque and lovingly animated 2-D worlds, travelling through swamps, forests and deserts, climbing snow-capped peaks and swimming in secluded lagoons – always in search of our adopted sister, Kuri the little owl, from whom we were separated in a storm. 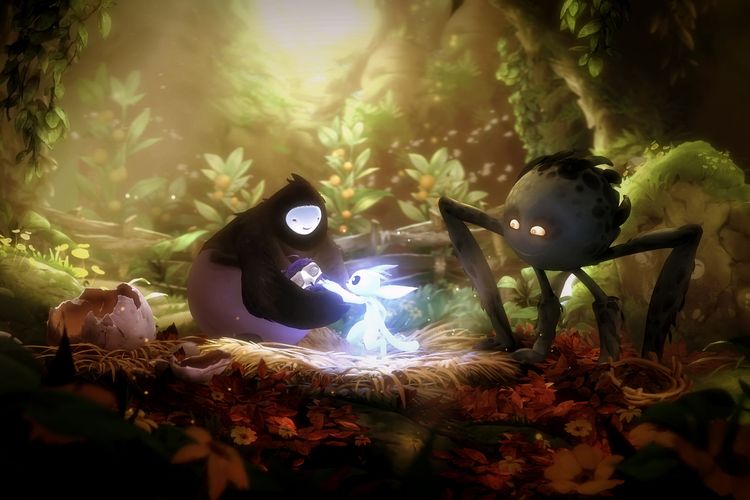 © Moon Studios
„Ori and the Will of the Wisps“

If, to start with, all Ori can really do is hop along, as the game progresses, he acquires an ever-growing number of skills. These include shooting through the air like an arrow, climbing hand over hand up objects and catapulting himself away from enemies or objects in any direction he likes. The idea is to use these newly learned skills to solve puzzles and master tricky jump sequences. And they open up the possibility of lifting the veil on previously out-of-reach secrets in areas already travelled through. Where you once might just have hopped cautiously from one outcrop to the next, you now find yourself gliding and whizzing with complete freedom over prickly thorns or beastly opponents, barely touching the ground as you go - in a flowing ballet, a feast of movement that wreathes the player’s face in blissful smiles.

This touching and slightly melancholic story of loss and friendship, new beginnings and reparation is carried by a rousing soundtrack which, alternating between loud and gentle passages, sets the right tone for one of the most well-rounded and gratifying jump 'n' run games that you can currently get on your console.

Mario Kart is considered the father and king of the fun racing games – beginner-friendly games in which you whizz along lavishly imaginative courses, collecting items as you go with which you can get an extra boost or slow down your opponents. Apart from a smartphone spin-off, however, the races of the moustachioed plumber are still the sole preserve of Nintendo console owners.

Everyone else will find in a good alternative in “Sonic & All-Stars Racing Transformed”, which, although not completely distinct from its illustrious forebear, still scores enough points on its own account to convince. Its trump card is in the name: Depending on the route, the vehicles turn into cars, boats or aircraft. And because these can be controlled differently on land, on water and in the air, tactical adaptability is required. 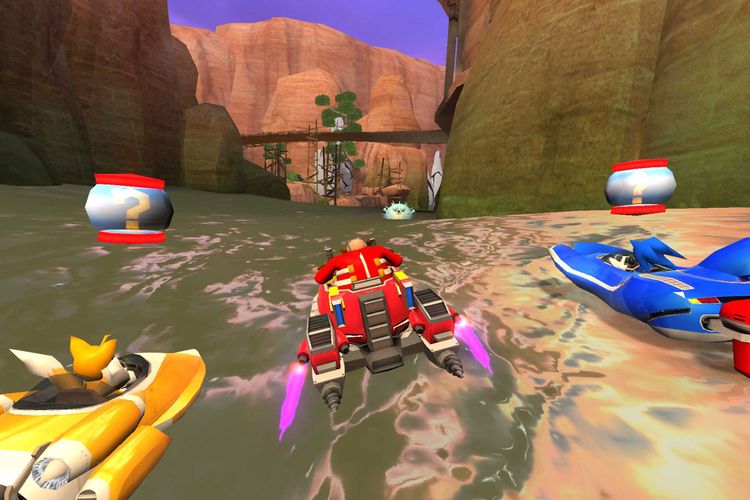 Gamers get to prove their skills on around 20 easy to super-challenging courses and in different game modes – either alone against the computer, pitted against up to nine other players online, or at home on the sofa against up to three players. An ideal opportunity for parents to sneak some time away from their children or to turn the nightly chore of washing-up into a race.

An emotional tale of two siblings: little Amicia and her father have only recently been roaming through the idyllic forest. Now, she and her brother are forced to flee from the bloodhounds of the inquisition who blame little Hugo for the plague that has afflicted the country. “A Plague Tale: Innocence” by minor game developer Asobo Studio was one of the big surprises of the 2019 gaming year and throws us right into the highly dangerous journey of the orphaned siblings through war-torn France in 1349.

At the same time, the game does not see itself as a historically correct history lesson: the Black Death appears here in the form of eerie swarms of rats that erupt out of the ground and devour humans and animals alike. Only light can drive away these vile rodents. Players have to stave the rats off with torches or cope with short passages of riddles, which, thanks to the relatively simple controls, won’t overwhelm even complete beginners. Or they have to flee human danger in dramatic escape sequences, sneaking through tall grass past the henchmen and distracting them with noisy clay pots. 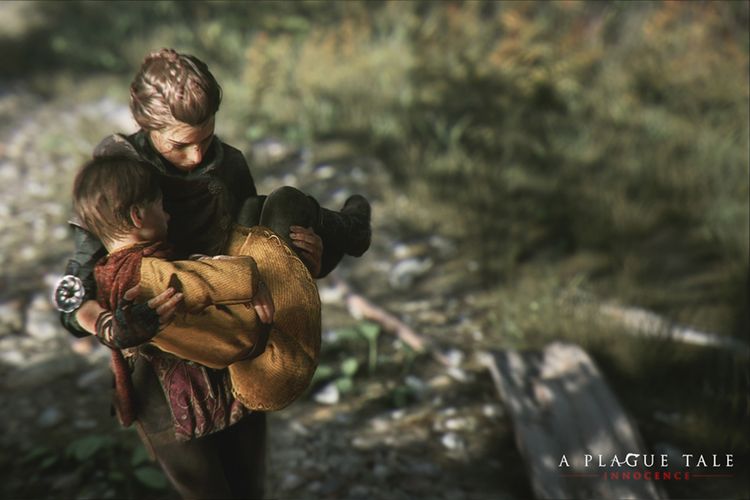 More than its accessible gameplay, however, the game thrives on its credible characters, to which you feel connected from the very first moment. This feeling of connection is created by a special mechanism: the siblings usually negotiate all the hazards hand in hand. If Hugo gets separated from his big sister for too long, he panics and draws the soldiers’ attention to himself. And yet, the relationship between the two is in a very early phase: Amicia hardly knows her brother, because his illness meant that he was cared for in his room by their mother. You witness the two get to know each other and see how trust and love gradually grow – but also how conflicts break out when Amicia has to make tough decisions that ensure their shared survival but upset Hugo.

Terror and beauty are always bedfellows here. Turbulent or harrowing episodes, such as crossing a battlefield, alternate with tender moments of peace in which you can almost persuade yourself that you can smell the light-drenched autumn forests. And when Hugo, who has never left the house before, rejoices in the discovery of frogs on the riverbank and starts to explore the world for himself, full of childlike curiosity and enthusiasm, this story of caring, cohesion and the transcendence of selfish limitations unfolds its broad and deep humanity in difficult times.

Available for: Microsoft Windows, PlayStation 4 and Xbox One.
Age (PEGI): from 16 years

Chopping, sizzling and tearing your hair out: Just like its predecessor, the point of “Overcooked! 2” is to juggle various ingredients within a time limit and to use them to cook preset dishes to serve up to hungry guests. You can choose to cook alone or with up to three other players, online or at home - and it’s here that this chaotic battle for the kitchen really serves up a large slice of charm.

As in offline life and real kitchens, one maxim applies above all: communication is everything. Ingredients, chopping boards, cooking pots and food deliveries are usually positioned in such a way that you have to collaborate effectively with the other players. Who’s going to do the chopping, who’s going to cook, and who’s going to do the dishes? You also have passers-by who outstay their welcome, fires in the kitchen and other obstacles in the various levels that threaten to confound you and make you laugh in equal measure. Emotions boil up and over with the soup; players will find themselves laughing, swearing, screaming and crowing in triumph. A fun stress test for your own team skills, which will make your evening walk all the more relaxing by comparison.

The third part of the “Witcher” series from Polish developer studio CD PROJEKT RED is considered by many critics and gamers to be the best role-playing game of all time – and this is no coincidence: Adventure, a spirit of discovery, memorable characters, humorous moments and a multi-layered narrative combine here to create an all-encompassing whole.

The first thing which really strikes you is the vast and beautiful game world, in whose meadows, forests, swamps and cities you can get lost for hours – that is, if you don't just stop on a hill to watch the evening sun go down. You take on the role of sorcerer Geralt von Riva, a professional monster hunter who, as a mutant, is viewed with suspicion time and again by his human clients. As is usual in the role-playing genre, you seek to defeat your opponents while adding to your armour, weapons and skills. Geralt is also a medieval Sherlock Holmes, who uses with his sorcerer's senses to set out on the trail of the missing family of a down-at-heel nobleman. 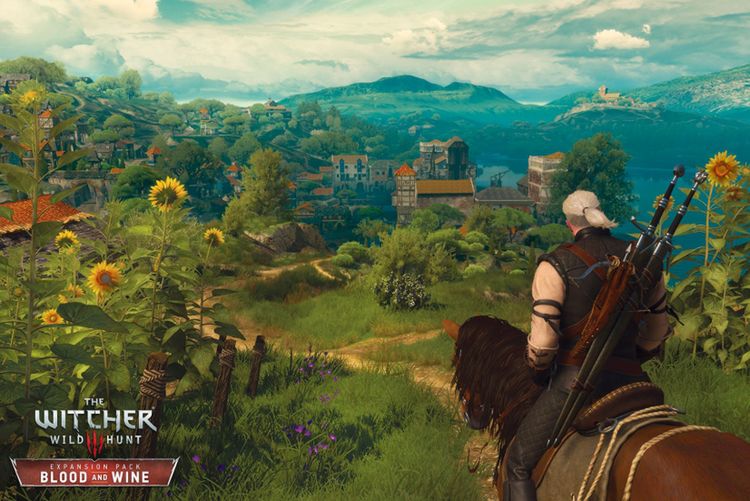 But what makes “The Witcher 3” extraordinary are the adult themes in the narrative: fear of the unknown, discrimination against minorities, racism and religious fanaticism – these are the major, timeless themes which the game gets to grips with in its fantasy world and in the way people deal with dwarves, elves, the mutant Geralt and other outsiders. Avoiding the usual banality of “Good versus Evil”, “The Witcher 3” instead unfolds a world of moral grey areas and ambivalences. Depending on your perspective, the elvish partisans you encounter on your journey are either pitiless terrorists or desperate freedom fighters – or both at the same time. Time and again, you are faced with difficult decisions that change your relationship with other figures or even the course of action, all without your being able to foresee their consequences.

This narrative quality extends to even the smallest secondary tasks. In other role-playing games, these generally follow the formula of “Bring me five wolf furs or take person X from A to B”. Here, on the other hand, the apparently banal monster hunt reveals some touching and tragic stories that have much more to say than other representatives of the genre for the entire duration of the game. And the latter is, to say the least, ample in “The Witcher 3”: You can spend a good hundred hours on the main game alone. The at least equally brilliant extensions add another fifty hours – more than enough for cold winter days or to survive lockdown at home. 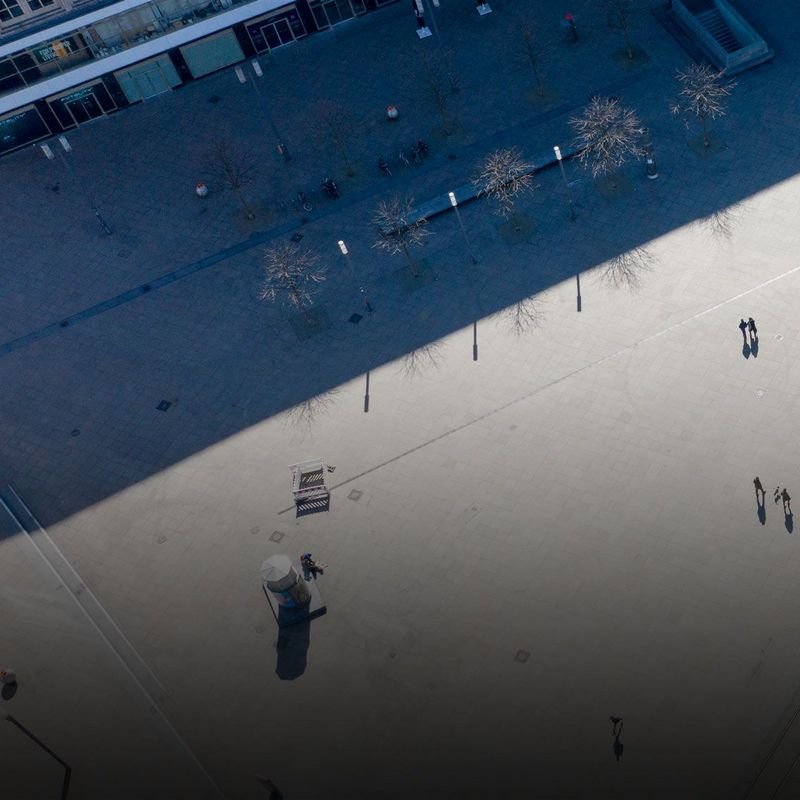 What to do about all the panic.

How not to be overwhelmed by fear. 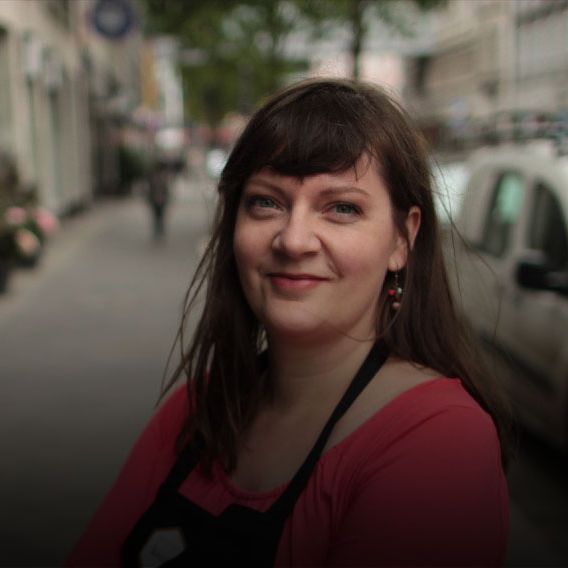 Patricia Cammarata: “Computer games are a hobby like any other”

The “Profile” series presents exciting and inspiring people from the digital scene. In the spotlight this time: Blogger and podcaster Patricia Cammarata.