The Zeche Zollverein, once one of the largest coal mines in the world, is now a famous industrial monument and is recognised by UNESCO as a World Heritage Site. It is here that TÜV NORD Bildung is giving people a new professional perspective - people like Diana Willeke, who trained to be a joiner 20 years ago. She is now passing on her knowledge to the next generation. A success story.

Exactly what she would become was far from clear to Diana Willeke at the age of 18. There was only one thing the recent school-leaver was sure about: Should she go to university? No way! Born in 1976 in Bautzen in Saxony, Diana Willeke attended a sports school in Leipzig, and a sporting career as a judoka was not out of the question. But, for many reasons, the dream failed to materialise - and, for the sake of finding something - anything - to do, Diana Willeke opted for a voluntary ecological year. Rather than returning to her east German roots to pursue her professional path, she instead followed her heart and, without any professional prospects, moved to Essen to be with her boyfriend.

By chance she ended up in a special training programme offered by RAG Bildung - a subsidiary of Ruhrkohle AG (RAG), which operated the hard coal mine known as the Zeche Zollverein in Essen for nearly 30 years until its closure in 1986. The company used an old outbuilding on the site of the former mine as a training centre: Young people could start training there once they had left school. There was no prospect of Diana Willeke studying electrical engineering, as that had never been her thing even at school. But what she enjoyed was the instruction in manual trades - she was good at working with her hands. And so she opted to train as a joiner. Her motto was this: “Just do it.” 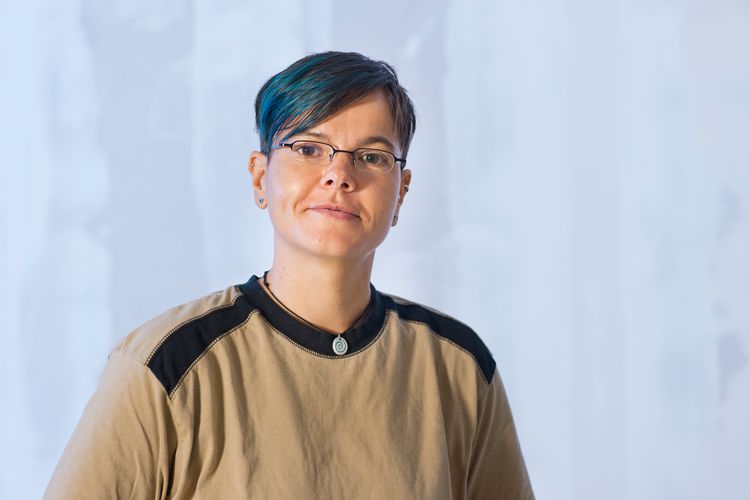 © TÜV NORD
From apprentice to boss: The story of Diana Willeke is an empowering one. The 41-year-old successfully trained as a joiner and now teaches retrainees and school students at TÜV NORD Bildung.

Today, over twenty years later, Diana Willeke is still to be found in the classrooms of the training centre every day. But a lot has happened in the meantime: The 41-year-old has climbed high up the career ladder to become a master craftswoman and trainer, even though things didn’t initially look at all promising. “Right after my training I was actually out of work to start with,” she says. She spent her free time on with home improvements, working on a home-made wardrobe. One board was missing. Instead of going to the hardware store, she dropped in on her former foreman Martin Janicki, with whom she had developed a good relationship during her apprenticeship. He didn’t just give her a board: one day he made her a job offer. “He asked me if I wanted to be a trainer,” Diana Willeke relates. She did. There followed stints at training school and an exam to become a master craftswoman; she now shares an office with her former trainer and one other colleague. Together the trio is working with a total of four retraining groups - after all, it isn’t only Diana Willeke who has changed but also the training centre itself.

In 2010, TÜV NORD took over the RAG subsidiary and, with it, the office on the site of the mine in Essen. In the Zollverein Centre of Excellence, TÜV NORD Bildung has since that time been helping students grapple with the difficult question of what profession would suit them and offers seminars and training courses on advanced vocational training. The focus of the last few years has however been on retraining: in addition to retraining programmes for joiners, the range of professional trainings on offer also includes courses for mechatronics engineers, technical product designers, electrical system fitters and plant mechanics.

Classical training courses of the kind that Diana Willeke completed back in the day are no longer included. Instead, the service is aimed first and foremost at people who have little chance in the labour market: people who can no longer practise the profession they originally trained in, perhaps because their health doesn’t permit them to do so or they are missing certain key skills.

Diana Willeke’s charges currently include 21 people retraining as joiners, of whom the youngest is 26 and the oldest 53. Some have never trained at all: one of them became a father at 17 and had to take casual work without a qualification in the bag. Another has been earning his living as a bartender; the next is actually a qualified roofer; and some never completed their apprenticeships. No matter how different the retrainees may be, they all have one thing in common: They are all hoping for new chances and new opportunities. And this is what Diana Willeke loves about her job as trainer - she appreciates the eagerness of her protégés to learn and enjoys teaching them things and watching them make progress.

“There’s no satisfying my compulsion to make things.”

Everything she needs to do this can be found in the centre of excellence. While the classrooms for the other subjects are on the upper floors, the joiners learn their craft on the ground floor of the building. After all, it can get pretty noisy in the machine room when boards of many metres in length are being sawn or milled. It’s for this reason that ear defenders are just as essential a part of the kit of the budding joiners as their own work bench and tools. The only pink ear defenders on show belong to Diana Willeke. However, sensitive noses need odour protection almost more than their owners do ear defenders. Everywhere it smells of varnish, glue and wood - smells that Diana Willeke is no longer even consciously aware of. However, she is such a professional in her field that she can recognise the various types of wood not only from their different colours and grains but even, with her eyes closed, from their smell. “Oak, for example, has a very distinctive sour smell,” she explains. Pine smells more of resin, teak is leathery and rosewood has a sweet odour.

One thing is clear: In joinery, Diana Willeke has found her passion. A passion with which she also infects her trainees. Evidence of this is provided by a small shelf in her office: Little wooden figures, lovingly made farewell gifts from the trainees sit next to colourful little animals from Kinder eggs. But even when she gets home from work, Diana Willeke can’t get enough of making stuff. “There’s no satisfying my compulsion to make things.” A little while ago she realised she didn’t like the large pot one of her house plants was in. Instead of buying an expensive new model she simply made her own. Diana Willeke remains true to her own maxim: Just do it. 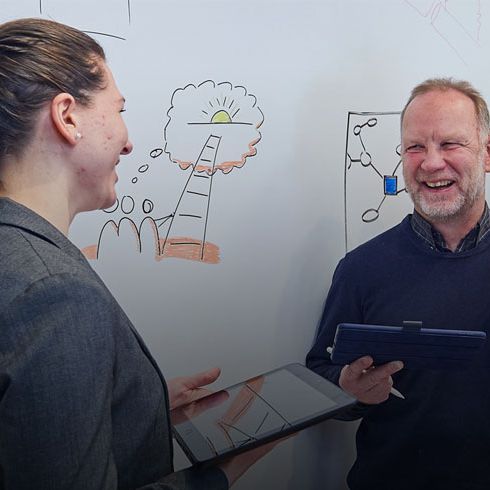 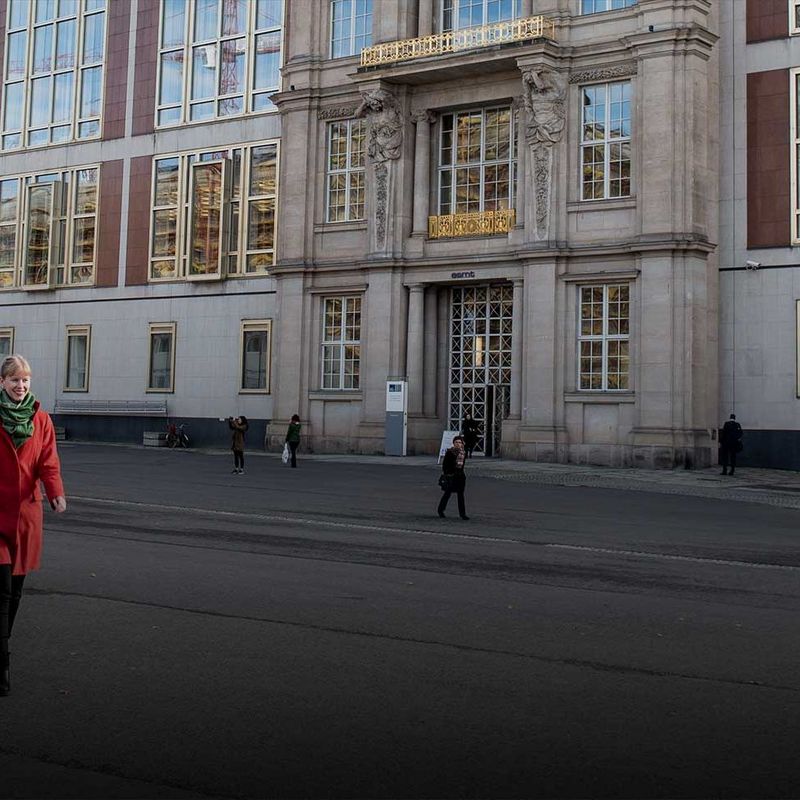 For every career - from care home worker to cutting machine operator: TÜV NORD Bildung, a subsidiary of the TÜV NORD GROUP, offers some 30 different training schemes for people who already have a professional qualification but who can no longer, for example for health reasons, practise their previous profession.

You can read more about the options for professional retraining here

What is the “Zeche Zollverein”?

The mine in Essen known as “Zeche Zollverein” was used for the extraction of hard coal for over 130 years - the last extraction facility was decommissioned in 1986. And yet, instead of allowing the shafts to disappear and tearing down the pit head gear, the mine has been preserved to this day as an industrial and architectural monument. In 2001, UNESCO declared the complex on the Ruhr a World Heritage site, and that “for good reason”, as the foundation responsible for the mine, the Stiftung Zollverein, announced on its website. “The Zeche Zollverein is a masterpiece of mining architecture and a completely preserved work of art in its entirety.” Some 1.5 million visitors from around the world flock to the former coal mine every year.

You can read more about the “Zeche Zollverein” here