Whenever a new idea, technology or invention massively advances development in a particular field, it is popularly referred to as a quantum leap. A fitting label in the case of quantum technology, which is expected to catapult information processing and computing power to a whole new level. What quantum technology is, how a quantum computer differs from its conventional counterpart and what new opportunities it might open up is revealed in this interview with Carsten Becker from TÜV NORD.

#explore: What is quantum technology?
Carsten Becker: Quantum technology is a relatively new branch of physics where certain effects and mechanisms occur which can’t be found in any other field in the discipline. We’re talking here about discrete energy levels, superposition, quantum entanglement and the tunnel effect. Quantum technology is usually referred to in the same breath as quantum computers. This is because such a computer is the prerequisite for most of the things that can be achieved with the technology. One exception is found in the sensor field: The states of quantum mechanics are influenced very profoundly by very small changes in the environment, for example temperature or pressure. Using quantum technology, it should therefore one day be possible to build sensors which are much more sensitive than current sensor technology permits.

In what areas would this use of very sensitive sensors be particularly profitable?
Much of what’s currently being discussed in connection with quantum technology is still a thought experiment. IBM and even Volkswagen already have their first quantum computers. Even so, we’re still at an early stage of development here. To put it in other words, even though we know, for instance, that changes in temperature have a big impact in quantum mechanics and we should theoretically be able to build particularly sensitive sensors, in practice there’s no way we can currently test this out. It would make particular sense to use highly sensitive sensors where the slightest differences in measurements are important. Our colleagues from DMT are already using sensors to monitor the stability of bridges, for example. Very fine sensors could offer added value here - assuming that they can also be produced economically. The possible applications of quantum sensors are basically still under discussion. But many possible uses will present themselves once these sensors are available and opportunities suddenly open up that no-one has ever even thought of. After all, back in the day, no-one needed an iPhone - but now nearly everyone wants one. In this respect, there’s also no doubt that quantum sensors will have a few surprises in store for us.

What is a quantum computer, and how is it different from a classical computer?
A classical computer describes information as bits that can be in one of two states - either 1 or 0. Meaning that it quickly reaches its limits, especially with exponential calculations. A quantum computer works with qubits instead of bits. And with these qubits you don’t just have 0 and 1 but also an intermediate state – the jargon used here is superposition. With what we call quantum entanglement, an interaction between different qubits can be produced. Each additional qubit exponentially increases the performance. Which means that even a computer with relatively few qubits can have enormous computing capacities. 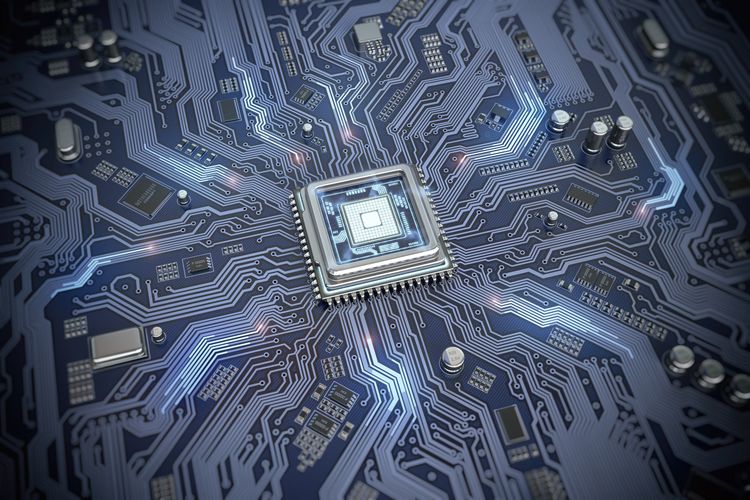 Which applications is a quantum computer particularly suitable for?
It’s particularly in the simulation field that quantum computers are going to open up new avenues. Large amounts of data have to be processed here, and an awful lot of calculations have to be carried out in parallel to simultaneously identify a very large number of theoretically possible states. This pushes conventional computers to their limits. For example, it’s basically relatively easy to forecast what the weather is going to be like in the next seven days. But the problem is this: small deviations, like clouds which don’t follow their expected course, change the overall weather situation. It’s true that it’s already possible to detect these changes, just not quickly enough to recalculate their consequences. Quantum computers will make it possible to calculate the kinds of highly complex systems in which multiple factors generate diverse interactions that lead to different results – whether you’re looking at weather forecasts, the chemical industry, the development of drugs or the optimisation of processes, for example in the transport sector. After all, optimisation is just another form of simulation: Every possible outcome is calculated so that they can all be observed in sequence to see which variant is best.

"For a quantum computer to work, it has to be cooled down to an operating temperature of approximately 50 Millikelvin – minus 273.1 degrees Celsius."

What other challenges are associated with quantum computing?
A lot of the stuff in the area of quantum computing is still just theory and pie in the sky, but, even so, we have to look at the possible implications now. This is because the security of current encryption systems relies in large part on the fact that today's computers don’t have enough capacity to crack these codes. But a quantum computer would be able to do it. Waiting till then to switch over to another encryption system wouldn’t be a good solution. The big problem is that intelligence agencies or some individuals are already gathering large amounts of data with the aim of being able to decrypt them in future using quantum computers. Some of these data will no doubt be obsolete, but a lot of them won’t be. And there’s another major problem on the hardware side: if we were to act now to build particular hardware encryptions into networked machines, even those which are secure under current conditions, these systems would be vulnerable in the future. And you’d suddenly have to replace billions of Internet of Things devices, which would of course be astronomically expensive.

How can this problem be solved?
Technically speaking, we can already build quantum-computer-resistant systems. Which is why we need to make sure even now that the encryptions used in them are standardised. Because only mandatory standards will guarantee that every company won’t go on to use its own more-or-less secure procedure. And companies can and should already be carrying out risk analyses. Since we can already predict pretty accurately what we are theoretically going to be able to do with the technology, this kind of analysis will allow people to identify the areas in their own company that are at risk and what needs to be done to avert the danger. But it doesn’t make sense either to blindly act when there’s no cause to do so. If, for example, a password is stored in encrypted form in a file but is in any case changed every six weeks, there’s no specific need to act. If, however, the risk analysis shows that I’m storing data with no “expiry date” which are going to keep their value in the future, I need to be encrypting them now so as to ensure that they will stay secure in the age of quantum computing. This is, of course, especially true for long-term investments in the infrastructure of Industry 4.0. Here we really do have some good initial conditions. After all, even though you often get the impression that networked factories and the Internet of Things have long since become realities, in fact we’re only just getting to the point at which these infrastructures can be created. Which means that we can do it properly and make them secure right from the outset. Any company which is actively considering quantum computing now won’t have to repeat their investment in ten years’ time. Conversely, however, if you ignore the issue today, you’ll pay very dearly for it in the future. 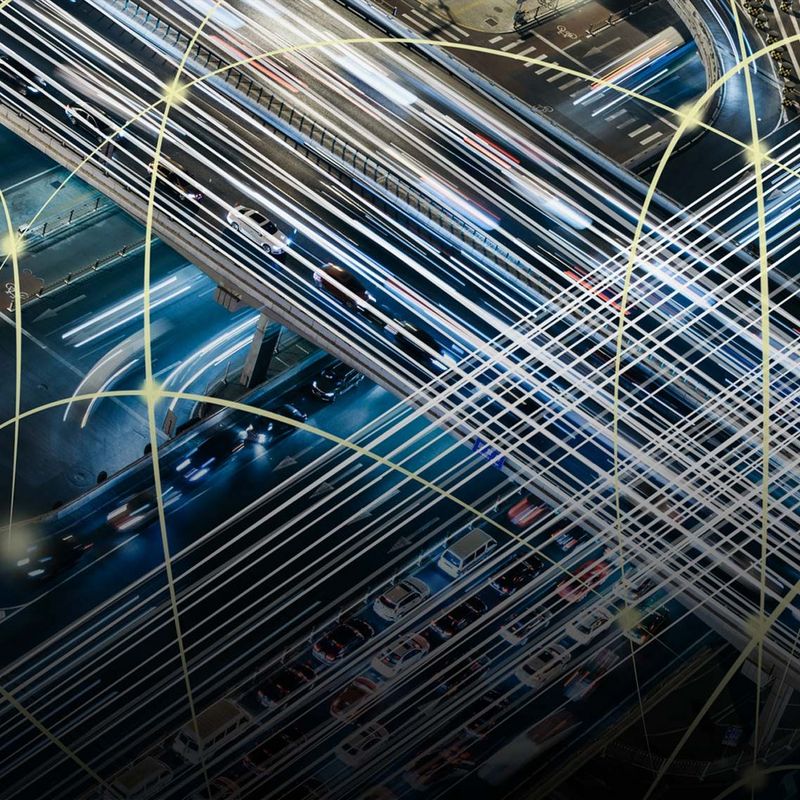 So what exactly is 5G?

How 5G is going to kickstart Industry 4.0 and autonomous driving. 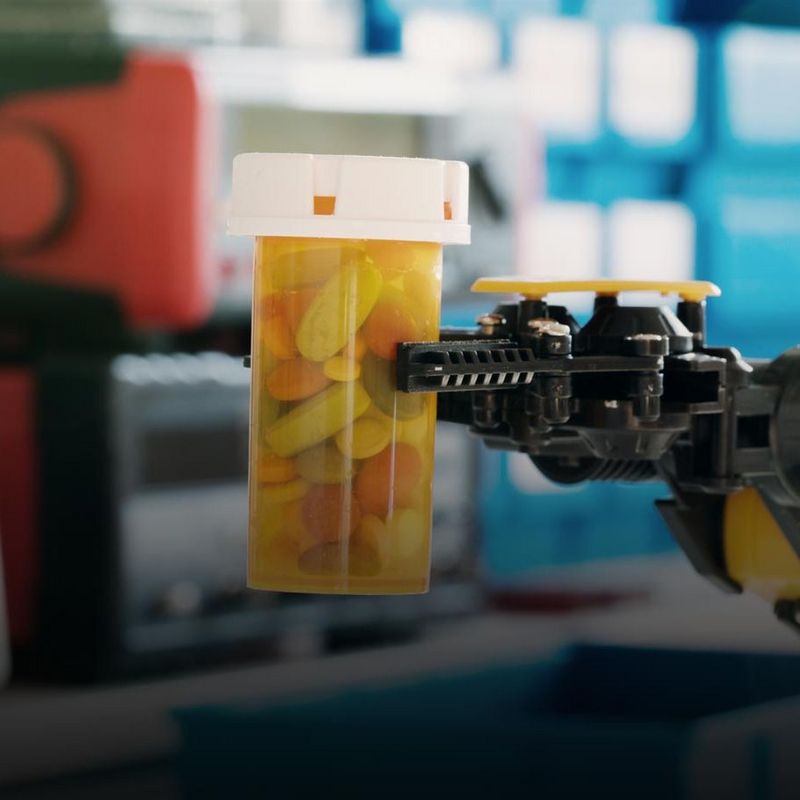 Will we be nursed by robots in the future?

How robots will support nursing staff. 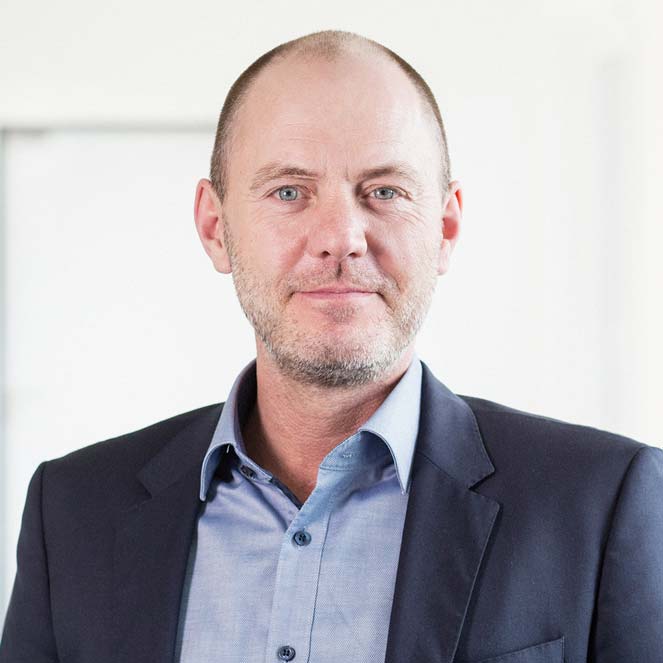 Carsten Becker is head of the Corporate Centre Innovation of the Industrial Services business unit. The graduate business and industrial engineer and his team are working on IT security, sensor technology, the Internet of Things and Factory 4.0.